Tortured, beaten and kept in solitary, the Americans who stood for election integrity on January 6th are prisoners of war.

At noon on Aug. 27, 2021, outside the United Nations in New York City, Look Ahead America (LAA)and Citizens Against Political Persecution (CAPP) announced they will present a joint letter to the United Nations Human Rights Committee to investigate and demand relief for the Biden Administration’s January 6 political prisoners. 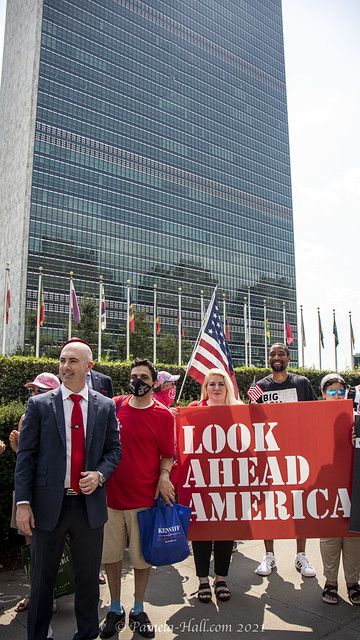 Speaking,  Matt Braynard, Executive Director of Look Ahead America and Cara Castronuova, Founder of Citizens Against Political Persecution (CAPP) regarding their  Formal Complaint. They are demanding sanctions against key Biden Administration Officials.

“Today I write in support of basic human rights for a specific group of Americans who have been disparately and inhumanely treated by their government – singled out, imprisoned, and even physically abused – because of their political beliefs. As outlined herein, LAA has sought relief from several members of the United States government, as well as other U.S.-based human rights advocacy groups. We have been largely ignored, and human rights violations continue unabated, with no relief in sight. Those avenues exhausted, and in recognition of the United Nations’ long and prestigious history of human rights advocacy, we ask for your review and consideration of these prisoners’ plight.”

Matt Braynard, Executive Director of Look Ahead America, made the following statement:

“Not only do we urge the United Nations to investigate this abuse of human rights, but we ask that other governments hold US officials to the same standards US officials have held others around the world. Just as the US government has imposed sanctions on foreign leaders whom they allege have fallen short of international norms, we urge government around the world to impose travel restrictions and financial penalties against President Biden, Attorney General Merrick Garland, FBI Director Christopher Wray, and other US government officials who involved in this gross violation of human rights.”

Cara Castronuova, Executive Director of Citizens Against Political Persecution, made the following statement:

“We here at Citizens Against Political Persecution have been fighting for the January 6th detainees for months now. The government continues to unconstitutionally detain our fellow American citizens and we feel that submitting this letter to the United Nations is the next logical step towards justice. Hopefully the United Nations hears our plea, as we are the voices of the unheard political prisoners right now who are not able to speak for themselves.”

Read the full complaint to the United Nations here.

LIVE STREAM includes the delivery of the complaint
[https://www.youtube.com/watch?v=QafZg9gKv8g] 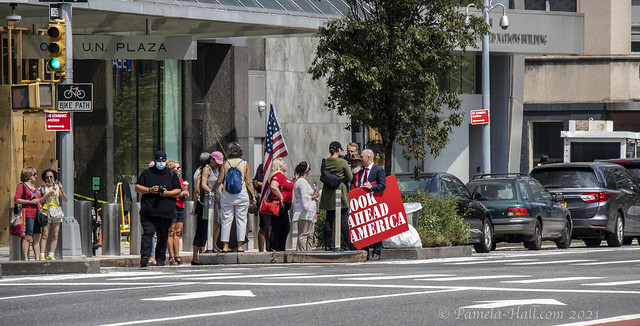 [Where indicated, pictures and videos property of Pamela Hall-VSB]