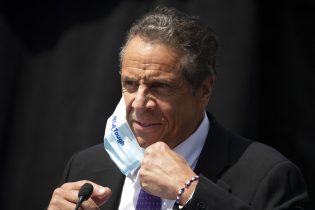 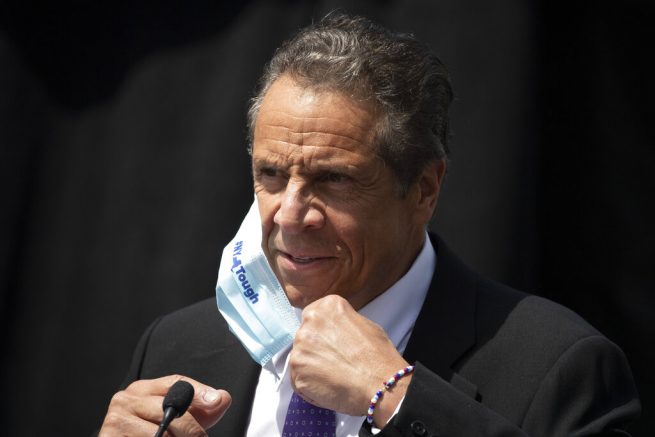 FILE – In this June 15, 2020, file photo, New York Gov. Andrew Cuomo removes a mask as he holds a news conference in Tarrytown, N.Y. New York’s coronavirus death toll in nursing homes, already among the highest in the nation, could actually be a significant undercount. (AP Photo/Mark Lennihan, File)

Business owners in New York are fighting back against Governor Andrew Cuomo’s coronavirus restrictions. According to recent reports, 1,500 gym owners have brought a lawsuit against Cuomo in a push to reopen.

This came after he forced them to remain closed out of fear the fitness facilities would become a hot bed for virus infections.

Gym owners argued the governor’s actions are both unfair and arbitrary, since other personal care businesses have been allowed to resume services.

They also claimed physical fitness is part of the solution, not the problem.

“We’re frustrated with where we’re standing right now. We’re supposed to be part of phase four in NYC on July 20th. We’re three weeks past that. We think that the governor’s comments are not accurate. We feel like gyms are part of the solution, we’re not part of the problem. We’re a part of people’s person health, both physical and mental, and we want to get open.” – Keith Worts, CEO of Crunch Fitness

In the meantime, fitness centers have been working overtime to prepare for when they can reopen.

MORE NEWS: Gov. Cuomo: All Students In N.Y. Can Return To Classroom