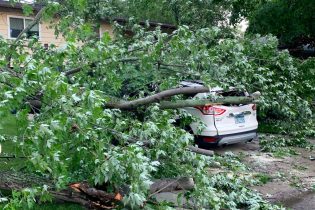 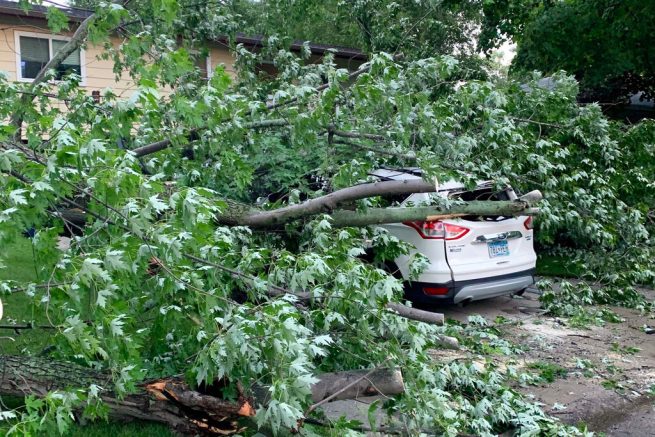 At least one person is dead and two others were injured after a pair of tornadoes slammed western Minnesota. According to reports, the storms happened just outside the town of Dalton, which is about 170 miles northwest of Minneapolis.

The National Weather Service confirmed the tornadoes touched down Wednesday evening. One reportedly left a six to nine-mile trail of damage in its wake.

Several homes and farmsteads in the area were destroyed or severely damaged.

“There had been a touchdown just southeast of Dalton, which destroyed several properties. It continued in a northeast fashion for about 69 miles. We’re still evaluating and assessing the damage.” – Barry Fitzgibbons, Otter Tail County Sheriff

#dalton #mn #tornado 7-08-20 Got drill bit? This is real time. Just prior to rope out north of #Ashby @NWSGrandForks @ReedTimmerAccu pic.twitter.com/xhDTYb6Xn1

At least one of the tornadoes was believed to be an EF3 category storm, which created winds between 136 to 165 miles per hour.

These tornadoes were just two of several storms reported across central and northern Minnesota this week.

Scattered severe thunderstorms capable of producing damaging winds and large hail will be possible across portions of the northern Plains Sunday. Excessive rainfall may lead to flash flooding across the Dakotas and into northwestern Minnesota. pic.twitter.com/P4KYSZvcQT