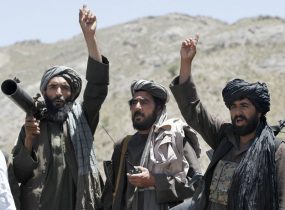 The Taliban has claimed responsibility for a suicide car bomb in Afghanistan. The Monday explosion was followed by a gun battle between attackers and Afghan forces.

The attack left at least eleven dead and more than 60 wounded in the northern Afghanistan providence of Samangan. Officials said the bomber was targeting the Intelligence Service Department in the provincial capital of Aybak.

“Unfortunately, 11 National Directorate of Security (intelligence service) personal were martyred; one of them was a woman, 10 others were men and also 63 people were wounded,”stated Sediq Azizi, a spokesman for the provincial governor. “Most of the wounded people are in good condition; only two of them were in critical condition and have been transported to Mazari Sharif Hospital.”

The Taliban and government forces have continued to trade blame for the recent violence amid calls for direct peace talks.