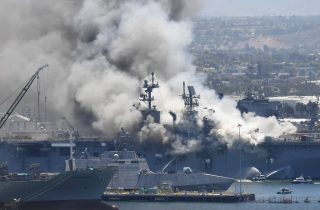 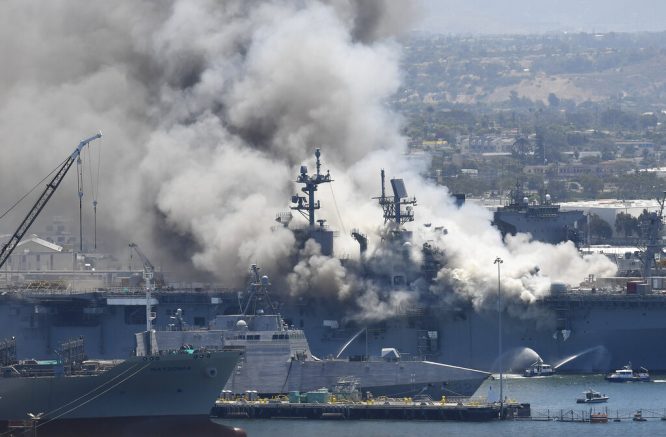 Several sailors were injured Sunday after a massive three-alarm fire broke out onboard a naval ship in San Diego. The USS Bonhomme Richard caught fire following an explosion earlier in the day.

SDFD is assisting on this fire on board the USS Bonhomme Richard. We are in unified command (partnered) with Federal Fire. #shipfire

21 sailors were reportedly injured and are currently being treated for non-life threatening injuries.

Plumes of smoke could be seen from miles away. The area around the ship, which is located at the at the 32nd Street Naval Station, has been evacuated.

San Diego officials have been instructed to exit the pier as well.

“The Navy is the only one that will work from the pier side, as well as the Harbor PD on the fire boats, working from the water side to contain the heat of it,” explained Fire Chief Colin Stowell. 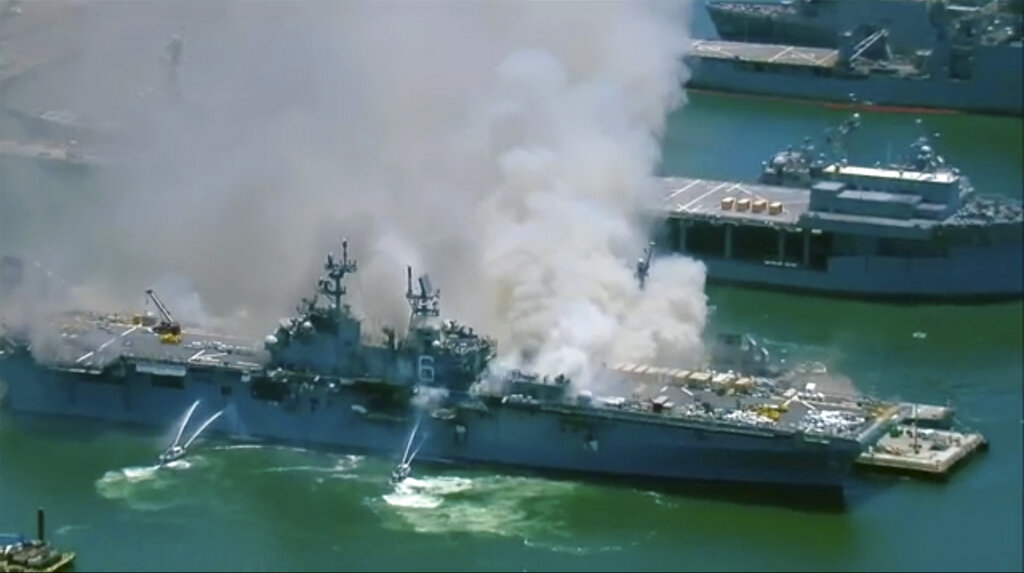 Authorities are still investigating the cause of the fire, but reports said it began in the well deck.

This is developing news. We’ll continue to follow this story and bring you any updates that come into our newsroom.