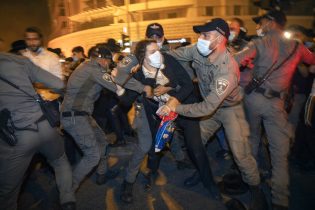 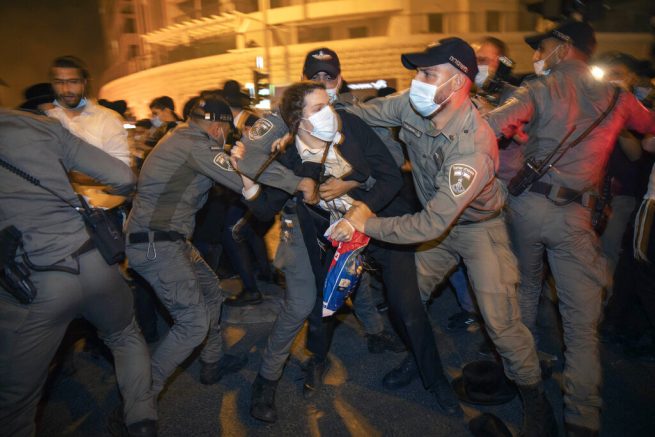 Israeli border police officers arrest an Ultra-Orthodox Jewish man during a protest against lockdown that has been placed in their neighborhood due to a coronavirus outbreak, in Jerusalem, Monday, July 13, 2020. (AP Photo/Oded Balilty)

Israeli police have been clashing with protesters who are calling for the resignation of Prime Minister Benjamin Netanyahu. Officers forcibly dispersed the crowd and arrested at least 50 people outside of the prime minister’s residence in Jerusalem on Tuesday night.

The demonstrators demanded Netanyahu step down over his response to the coronavirus crisis and allegations of corruption against him. He’s facing charges of bribery, breach of trust as well as fraud.

“And since I wouldn’t like my child to be in a nursery where the kindergarten teacher has indictments or I wouldn’t like to have a bank manager who has stolen from his customers…even though his trial hasn’t finished yet, I don’t want my prime minister to have indictments,” stated one unnamed protester.

While commenting on the incident, Jerusalem police said they initially did not plan on forcibly breaking up the protest, but had to do so after demonstrators repeatedly refused peaceful orders to disperse.

Netanyahu’s’ trial, which began in May, is set to resume on Sunday. 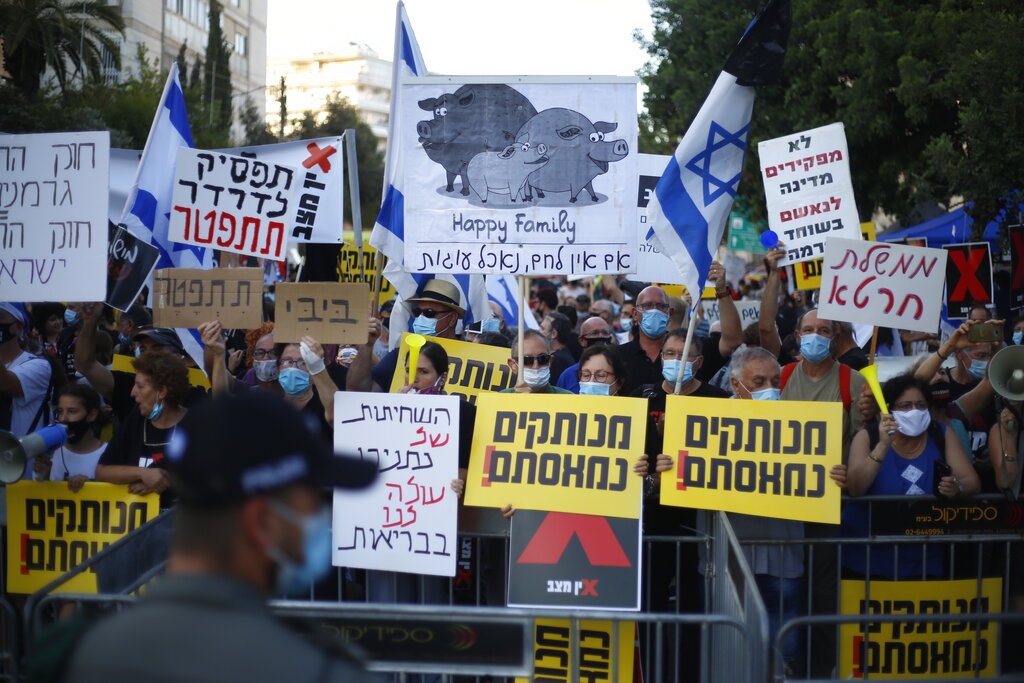 Protesters, defying orders to maintain social distancing requirements, chant slogans and blew horns outside of the Prime Minister’s residence in Jerusalem, Tuesday, July 14, 2020. Thousands of Israelis demonstrated outside of the official residence of Benjamin Netanyahu, calling on the embattled Israeli leader to resign. (AP Photo/Ariel Schalit)