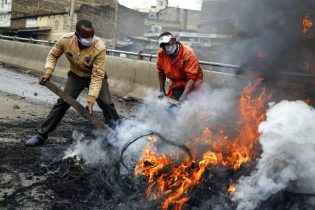 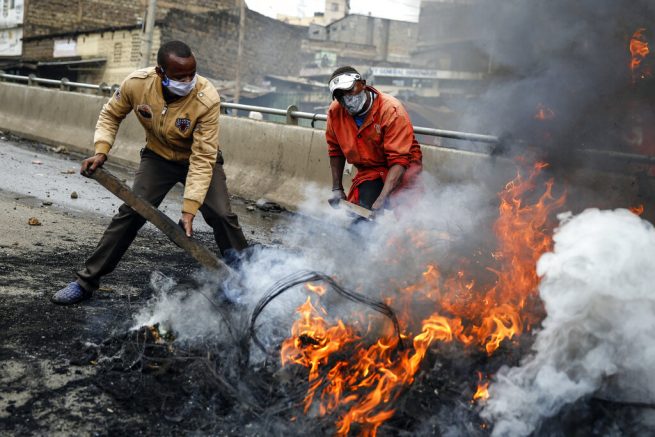 Residents put out a fire on a burning tyre barricade in the Kariobangi slum of Nairobi, Kenya Friday, May 8, 2020. (AP Photo/Brian Inganga)

At least 5,000 Kenyans were left homeless after the government demolished their houses. On Friday, hundreds of protesters flooded the streets of a Nairobi neighborhood, setting cars on fire and erecting barricades.

Police responded with tear gas and live bullets, which injured at least one civilian.

The clashes came after city officials demolished homes and shops that were allegedly built on government property. According to reports, many residents had been living on the land for more than a decade. 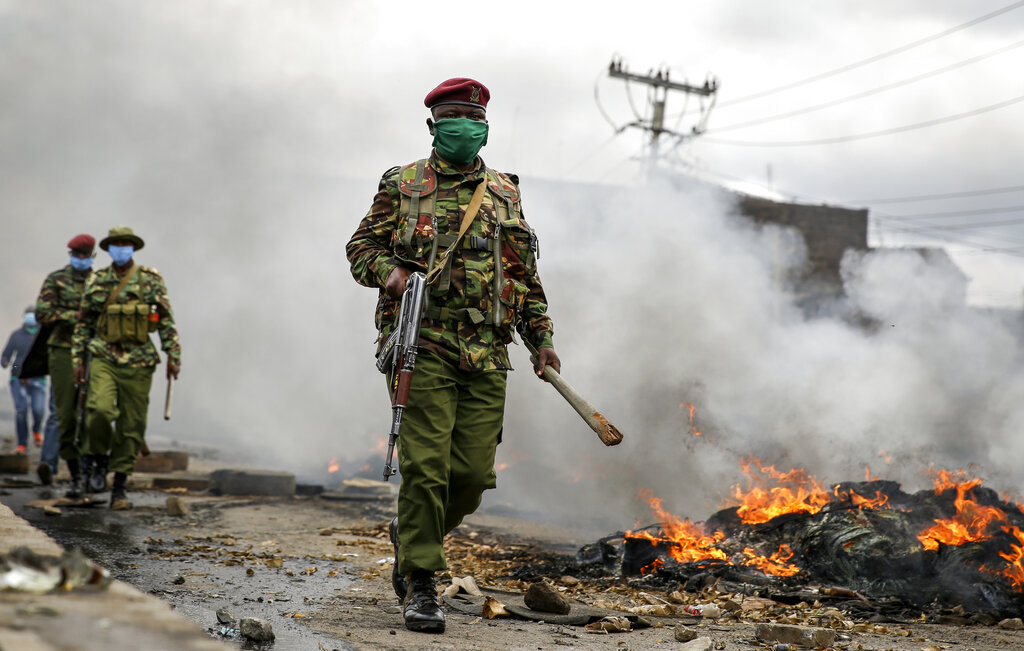 Police officers walk past burning tyre barricades during clashes with protesters in the Kariobangi slum of Nairobi, Kenya Friday, May 8, 2020. (AP Photo/Brian Inganga)

Both residents and civil rights groups have condemned the Kenyan government for using excessive force.

“They came and demolished our houses and now we have nowhere to go. They should tell us where to go, as Kenyans. My child is outside, but I have to hustle so I can get rent for a house. Jobs have been lost. We want to know, where are our rights?” – Sylvia Catherine, resident

Rights groups have said a court ruled in their favor to stop the demolition days prior, but claimed authorities proceeded with the move anyways. 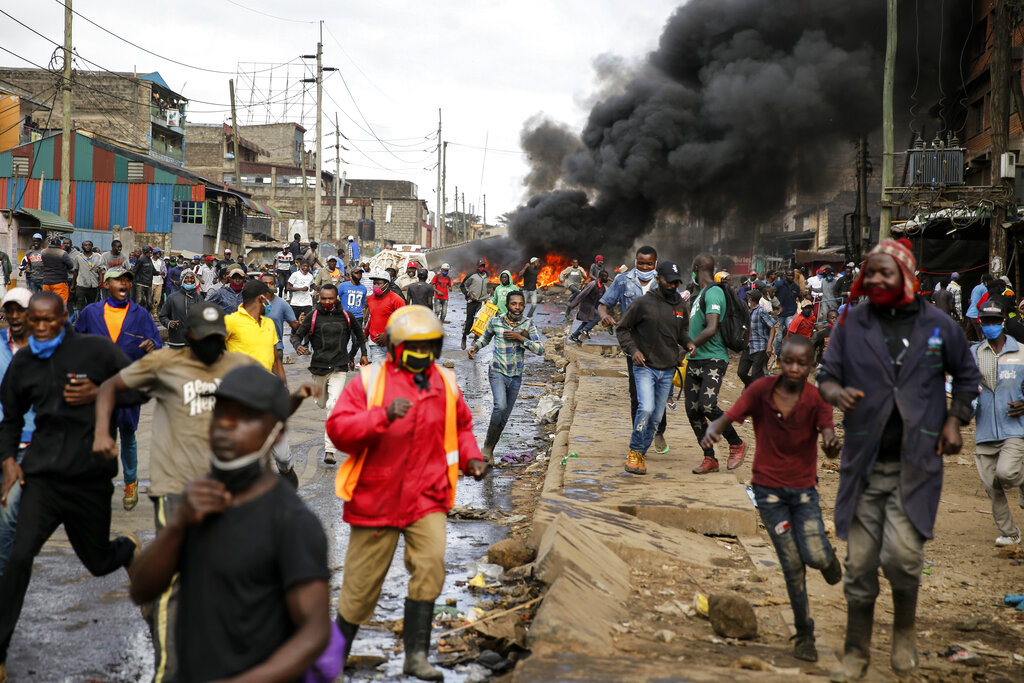 Residents and protesters flee during clashes with police next to burning tyre barricades in the Kariobangi slum of Nairobi, Kenya Friday, May 8, 2020. (AP Photo/Brian Inganga)