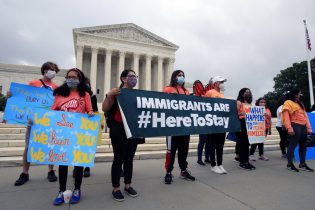 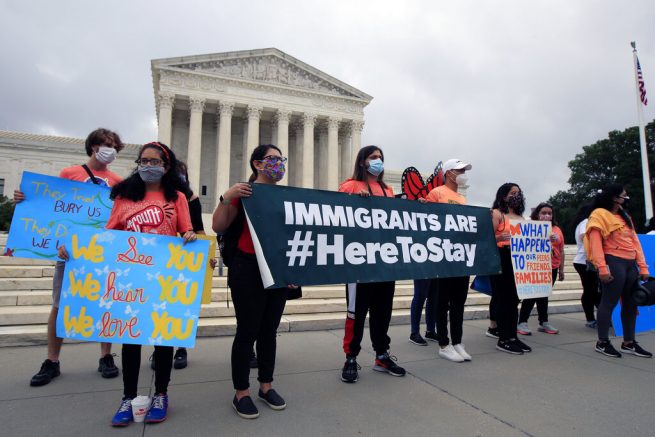 Washington was abuzz with talk after the Supreme Court ruled 5-4 against the Trump administration’s request to terminate the DACA (Deferred Action for Childhood Arrivals) program. Lawmakers and pundits from both sides of the aisle have since offered their two cents.

“Madam President, I cried tears of joy a few minutes ago when I heard the decision of the Supreme Court on DACA,” he said.

House Speaker Nancy Pelosi also applauded the ruling during a press conference. She argued the decision fell in line with Democrat values.

“The Supreme Court decision, upholding President Obama’s wonderful action to support our dreamers, is something that supports our values as a country,” she stated. 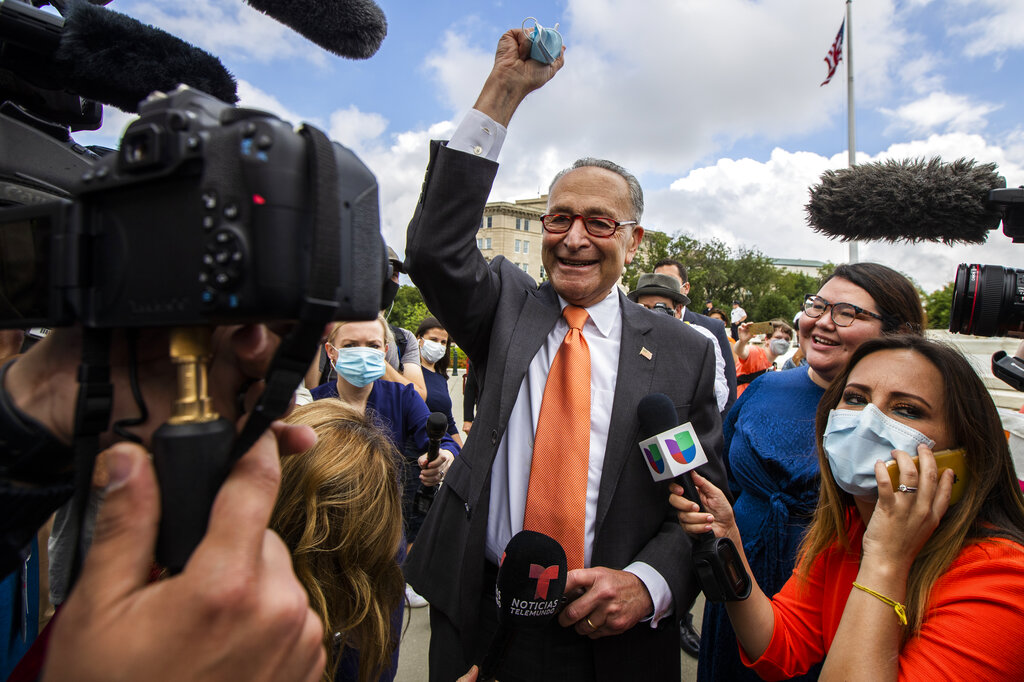 Conservatives, on the other hand, have voiced stern disapproval.

President Trump wrote a blistering response on Twitter. He said “these horrible and politically charged decisions coming out of the Supreme Court are shotgun blasts into the face of people that are proud to call themselves Republicans or conservatives.”

These horrible & politically charged decisions coming out of the Supreme Court are shotgun blasts into the face of people that are proud to call themselves Republicans or Conservatives. We need more Justices or we will lose our 2nd. Amendment & everything else. Vote Trump 2020!

He went on to say “we need more justices or we will lose our Second Amendment and everything else.”

…Religious Liberty, among many other things, are OVER and GONE!

The president also reposted a segment of Justice Thomas’s dissenting opinion, in which he called the ruling an “effort to avoid a politically controversial but legally correct decision.”

In his dissent in the SCOTUS DACA case Justice Thomas says The decision is “An effort to avoid a politically controversial but legally correct decision.” pic.twitter.com/kFvWt4f2BH

#DACA #scotus Terrible. Awful. Double-standard. Outrageous. Supreme Court says all any President needs is a pen and a phone? Does anyone think they’d let @realDonaldTrump just make up “laws” on sticky notes like @BarackObama ??? 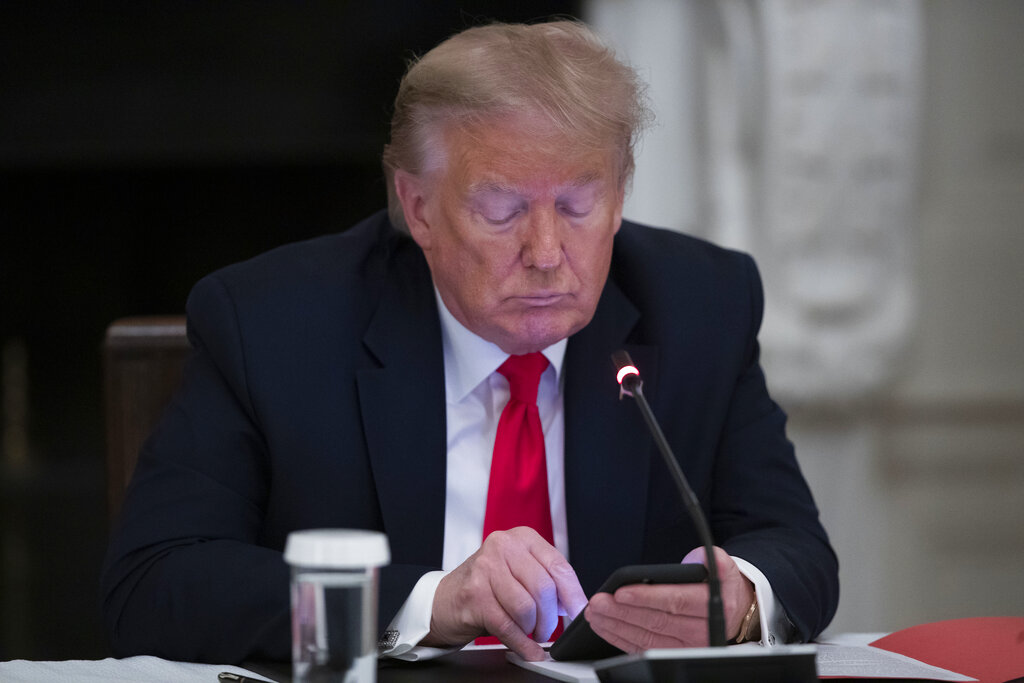 President Donald Trump looks at his phone during a roundtable with governors on the reopening of America’s small businesses, in the State Dining Room of the White House, Thursday, June 18, 2020, in Washington. (AP Photo/Alex Brandon)

The president of Judicial Watch likened the decision to giving amnesty to illegal immigrants.

“You hear DACA, you hear dreamers or whatever: it’s amnesty,” explained Tom Fitton. “President Trump should understand he’s negotiating with people who want to…undermine the rule of law and open the borders.”

DACA flavor of amnesty is illegal and dangerous. https://t.co/MkiYKxqXQ6

On Thursday, Rep. Andy Biggs told One America News the Supreme Court did imply the president has the power to end DACA, but did not provide a good enough reason to terminate it.

“What’s ironic is DACA was born without following a rule making establishment. It was based on a letter by the Department of Homeland Security secretary, that’s why the minority was writing against it. The important takeaway is all nine members of the Supreme Court said the DHS secretary and the Trump administration can end DACA, they just have to follow the correct rule making process.” – Andy Biggs, U.S. Representative

In the meantime, DACA recipients will be able to renew their membership to the program, which shields illegal immigrants brought to the U.S. as children from deportation.

The Trump administration moved to end the DACA program back in 2017, claiming it was unconstitutional. Despite the Supreme Court ruling, the administration could still move to rescind the program again in the future.