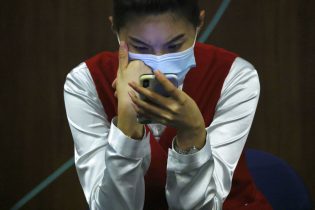 President Trump said he may order more Chinese consulates to close following the Houston controversy. During a press conference on Wednesday, the president said the decision to order more closures is “always possible.”

His remarks came after the State Department gave the Chinese Consulate General in Houston 72-hours to close on Wednesday for alleged spying and visa fraud. The consulate was reportedly seen burning documents Tuesday evening.

.@SecPompeo: China is working to take down freedom all across the world. pic.twitter.com/9j0kWl1EOt

“As far as closing additional embassies, it’s always possible,” stated President Trump. “…We thought there was a fire in the one that we did close, and everybody said ‘there’s a fire, there’s a fire’ and I guess they were burning documents and burning papers and I wonder what that was all about.”

China denied all accusations and threatened revenge if the consulate is not permitted to remain open.