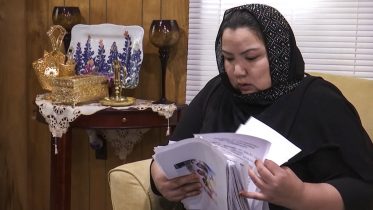 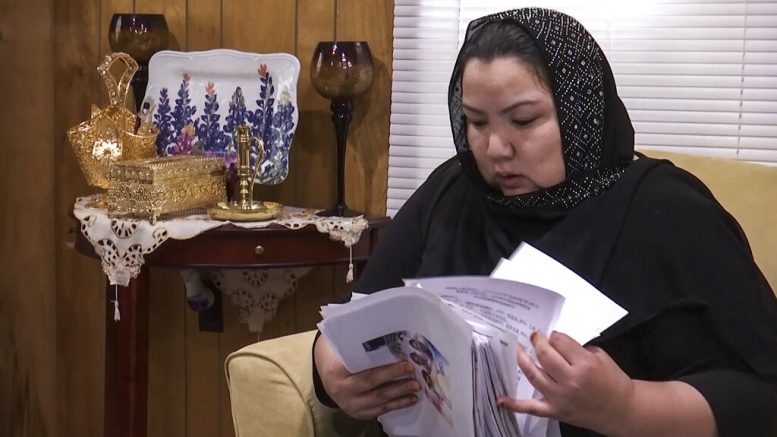 In this image from video, Zumret Dawut, a Uighur from China’s far western Xinjiang region, holds documents she brought with her, at her new home in Woodbridge, Va., on Monday, June 15, 2020. Dawut says in China, she was forcibly sterilized for having a third child after being released from a Xinjiang detention camp. (AP Photo/Nathan Ellgren)

The Chinese government is allegedly forcing minority Uighurs to take contraceptives in a desperate measure to decrease their Muslim population.

According to reports, China’s communist regime has increased efforts to subdue the reproduction of Uighurs through mandated birth control, abortions and pregnancy checks.

Experts have called these practices “demographic genocide.”  Parents are reportedly complying with the birthing rules out of fear they will be sent to a detention camp or forced to pay large fines.

China is forcing sterilization on Uighur woman to eradicate the Uighur population. This, in combination with concentration camps, justifies full application of Magnitsky sanctions on all the Chinese officials organizing this vile persecution https://t.co/jJALm6WNbP

Beijing has not commented on the recent reports, but have said in the past that such birth control practices are meant to allow for the same amount of Han Chinese and ethnic minorities in the country.

RELATED: WHO sending team to China to investigate origins of coronavirus