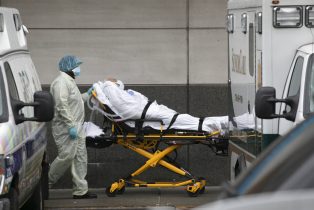 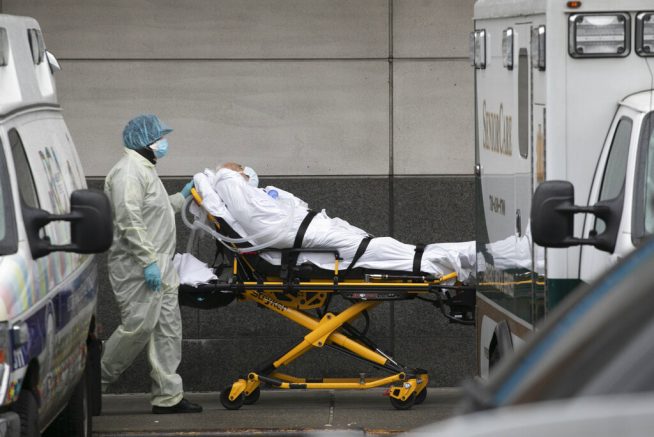 A patient is moved by healthcare workers at Maimonides Medical Center, Wednesday, May 6, 2020, in New York during the coronavirus pandemic. (AP Photo/Mark Lennihan)

A new study has suggested New Yorkers could be the cause of a second wave of coronavirus outbreaks.

According to the New York Times Thursday, researchers who track the genetic makeup of the virus have said the high number of cases in the U.S. comes from domestic spread.

Researchers believe many New Yorkers fled the Big Apple in March after news broke about a mandatory shutdown in the city. According to a scientist from the Yale School of Public Health, between 60 and 65 percent of all cases in the U.S. can be traced back to New York.

City leaders had come under fire in recent months for not taking action sooner. Some argue that had those protective measures been enacted earlier, the spread of the virus could have been less severe. 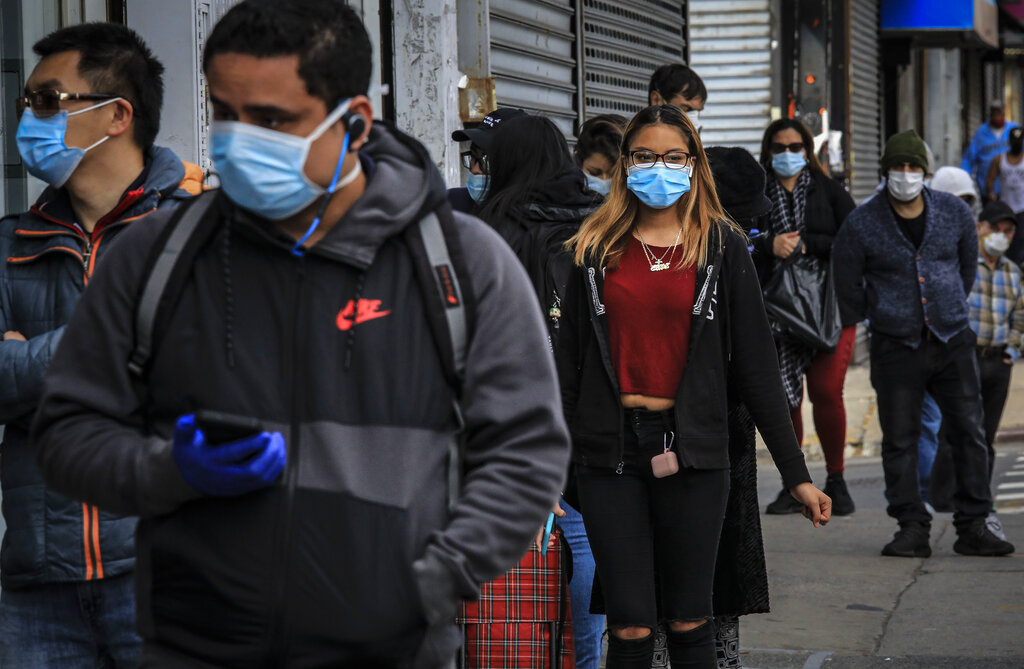 People wear masks and maintain social distance to help stop the spread of new coronavirus, while waiting in line to enter a store on 5th Avenue in Sunset Park, a Brooklyn neighborhood with one of the city’s largest Mexican and Hispanic communities, Tuesday, May 5, 2020, in New York. (AP Photo/Bebeto Matthews)

The report also analyzed cell phone data from several coronavirus hotspots around the nation, which showed a rise of cases in areas that saw an influx in visitors from New York. Meanwhile, state officials have yet to speak out on these findings.