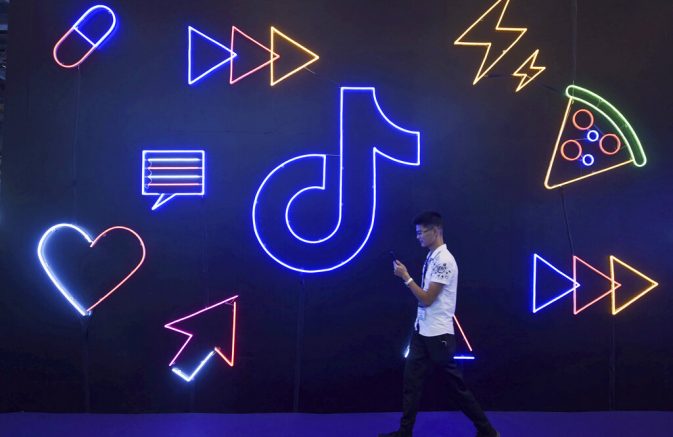 A man uses his smartphone as he walks past a display for Douyin, the Chinese version of video-sharing app TikTok, at an expo in Hangzhou in eastern China’s Zhejiang Province, Oct. 18, 2019. (Chinatopix via AP)

Social media app TikTok is planning to sue the Trump administration over the president’s executive order, which will ban the platform in the U.S. According to reports, the company will be filing a federal lawsuit against the administration in federal California court as soon as next week.

The platforms suit will reportedly claim the president’s executive order is unconstitutional because it did not give the company a chance to respond. They will also allege the national security justification for the order has no basis.

The order, which will take effect next month, prohibits TikTok’s parent company Bytedance from making any transactions with U.S. citizens.

Washington has accused TikTok and WeChat of harvesting the personal information of U.S. citizens, which could be used by the Chinese Communist Party to carry out surveillance efforts.

Last week, Microsoft showed interest in acquiring the app, which currently has a registered user base of 100 million Americans.