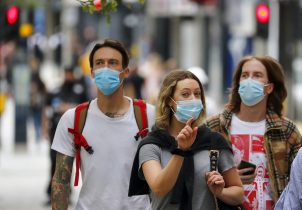 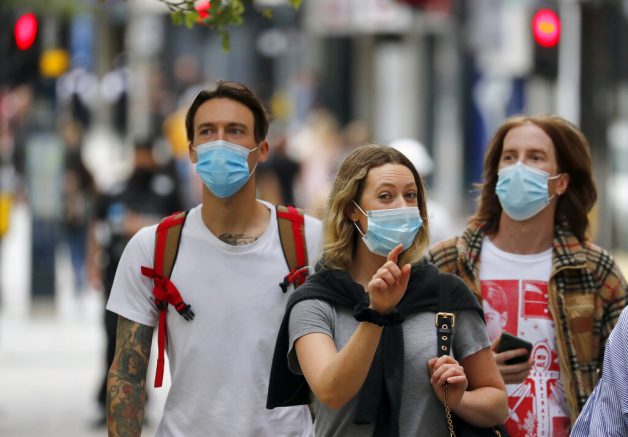 Shoppers wearing protective face masks walk along Oxford Street in London, Tuesday, July 14, 2020.Britain’s government is demanding people wear face coverings in shops as it has sought to clarify its message after weeks of prevarication amid the COVID-19 pandemic. (AP Photo/Frank Augstein)

The United Kingdom is making the wearing of face masks mandatory in shops and supermarkets. U.K. Prime Minister Boris Johnson announced the new directive Monday and promised details on enforcement in the coming days.

Officials are reportedly considering the introduction of a fine of about $125 for violators. This comes as face masks have been a requirement on public transportation since mid-June.

The move mirrors similar measures enacted in European countries after weeks of mixed messages from the government.

”There are a lot of other firms who are uncertain out there and they need a clear message coming from government that is absolutely consistent with the official guidance, so that they can implement the changes that they need to put in place in order to reopen their premises,” stated Adam Marshall, Director General of the British Chamber of Commerce.

The guidance on face coverings in England is changing.

From 24 July, it will be mandatory to wear a face covering in shops and supermarkets, as well as on public transport.

Your face covering must cover your nose and mouth at all times. pic.twitter.com/qKKqNDSAu5