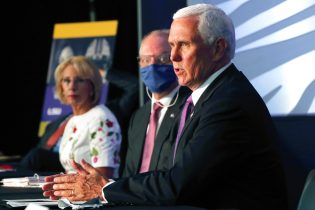 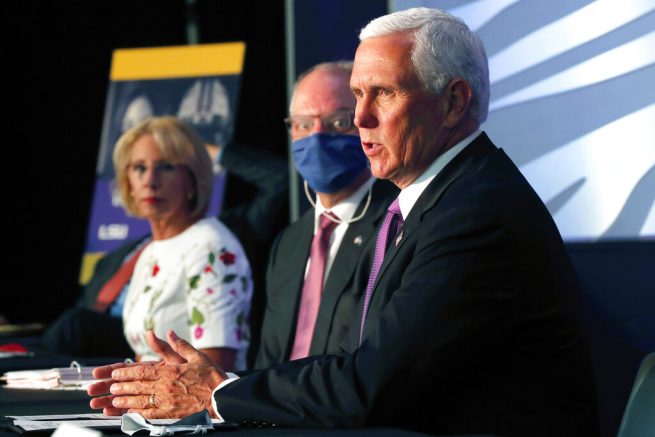 Vice President Mike Pence recently reiterated the administration’s commitment to reopening schools for in-person learning. He traveled to Baton Rouge, Louisiana on Tuesday, where he held a roundtable discussion with local officials on the state’s continued handling of the coronavirus outbreak.

The vice president praised the teamwork between state Gov. John Bel Edwards (D) and President Trump, and suggested the nation is in a much better position to deal with the pandemic than we were several months ago.

“We not only slowed the spread, but we bent the curve and we’re going to do it again,” he stated. “…Because of the seamless partnership with your governor and because of the extraordinary support that we’ve received from members of Congress, we have more resources today to deal with this pandemic than ever before.”

Vice President @Mike_Pence says we need to get kids Back to School pic.twitter.com/i6lcLBO2ZP

Alongside Education Secretary Betsy Devos, Pence insisted schools begin reopening and allow students at every level to return to classrooms as soon as possible. The vice president went on to reaffirm Louisiana has the full support of the administration to start getting its students back into school.

“We’re here to support you, we’re here to support your efforts and to get our kids back on great campuses like this one, to get our kids back into the classroom,” he stated. “It’s the right thing to do for our for our young people, it’s also the right thing to do for working families who face a tremendous burden during the course of this four-month pandemic.”

I want to thank VP @Mike_Pence and the members of the White House Coronavirus Task Force for coming to Louisiana today as cases rise throughout the state. We are grateful to have the support of our federal partners as we continue to combat the spread COVID-19 in Louisiana. #lagov pic.twitter.com/9Buj58aRDR

RELATED: American pediatricians want schools to reopen, according to report