Dershowitz was rumoured to have coached Hillary Clinton for the 2016 presidential election, the former ally’s intervention is a bombshell in the current disputed election.

Dershowitz said that the U.S. Supreme Court will likely take up the president’s lawsuit against Pennsylvania due to the fact that the “state’s court implemented election laws that the state legislature did not approve.” 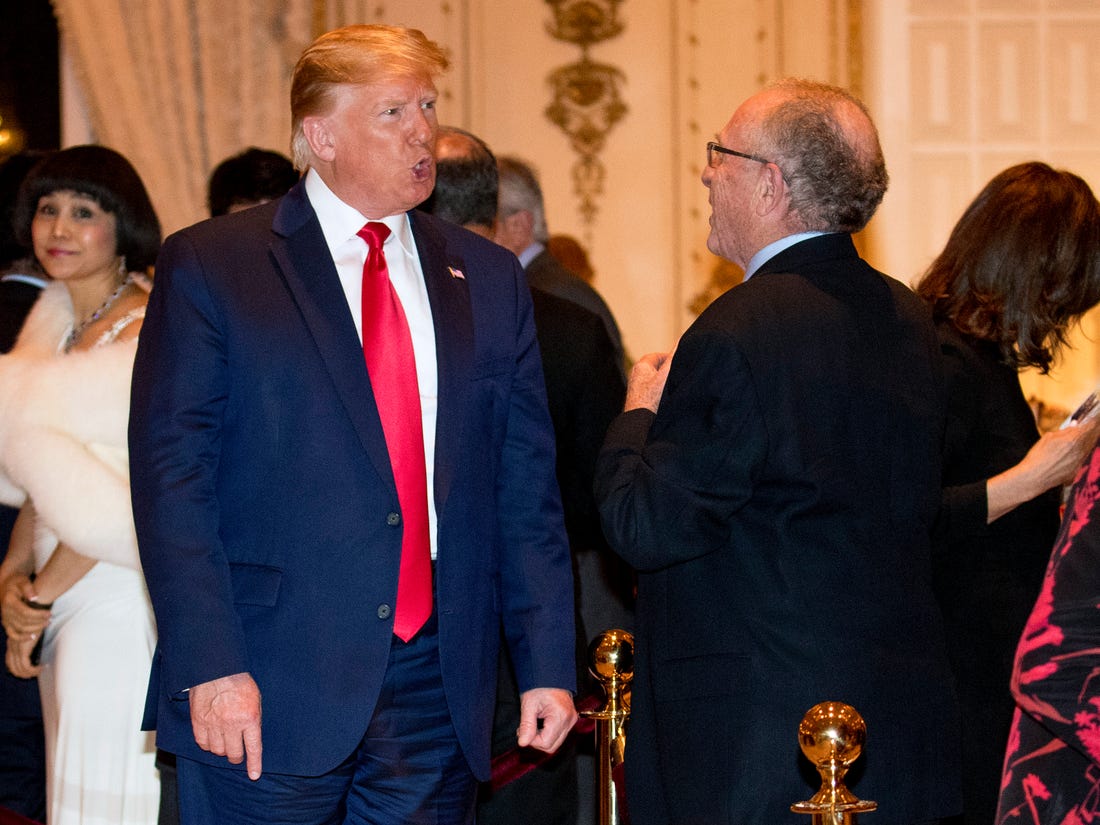 “I do think that Trump will win the Pennsylvania lawsuit … namely, the lawsuit that challenges ballots that were filed before the end of Election Day, but not received until after Election Day,” Dershowitz noted.

“The [Pennsylvania] legislature had basically said no to that, and the state Supreme Court said yes because of the pandemic,” he continued. “That may have been the right decision in some theoretical sense, but the Constitution doesn’t permit anybody in the state but the legislature to make decisions about elections.”

Citing the Bush v. Gore case in 2000, former Clinton adviser Dershowitz asserted that President Trump may very well overturn the Pennsylvania election call if he and his legal team can prove that the segregated ballots helped sway the election, Daily Wire reported.

“That was decided [peripherally as well] in Bush versus Gore, and I think that four-to-four vote would become a five-to-four vote if the issue came before the Supreme Court and there were enough disputed ballots to make a difference in the outcome of the election. That remains to be seen,” he said, later adding: “As I understand the facts of the case — although I think what the judiciary did may have been the right thing morally: if you get your ballot in on time, you shouldn’t be denied the vote just because the post office screwed up — I don’t think you can really make that argument under Article Two. I do think that the Republican argument is the stronger one.”

“The Supreme Court will take that case only if it would make a difference, only if the plaintiffs — the Republicans — can show that the number of disputed ballots that were subject to sequestration by Justice Alito’s decision exceeds the difference between the winning margin and the losing margin,” he concluded, later adding: “The Pennsylvania constitutional argument is a wholesale argument that clearly belongs in federal courts.”

Justice Samuel Alito hinted that SCOTUS might take up the Pennsylvania case when he ordered that the state’s election boards segregate ballots that arrived after 8 PM on election day, Law Officer reported.

“All county boards of election are hereby ordered, pending further order of the Court, to comply with the following guidance provided by the Secretary of the Commonwealth on October 28 and November 1, namely, (1) that all ballots received by mail after 8:00 p.m. on November 3 be segregated and kept ‘in a secure, safe and sealed container separate from other voted ballots,’ and (2) that all such ballots, if counted, be counted separately,” Associate Supreme Court Justice Samuel Alito wrote in the Order. “Pa. Dep’t of State, Pennsylvania Guidance for Mail-in and Absentee Ballots Received From the United States Postal Service After 8:00 p.m. on Tuesday, November 3, 2020 (Oct. 28, 2020); Pa. Dep’t of State, Canvassing Segregated Mail-in and Civilian Absentee Ballots Received by Mail After 8:00 p .m. on Tuesday, November 3, 2020 and Before 5:00 p .m. on Friday, November 6, 2020 (Nov. 1, 2020).”