BEFORE the 2008 recession, Blackpool, along with several other towns and cities in the UK was bidding for the rights to open the largest casino in the country.

Classified according to the Gambling Act of 2005 as a “regional” or “super” casino, this large gaming facility would have up to 5,000 square metres (53,819.55 square feet) of floor space that could be used for hosting poker games like Texas hold ’em and Omaha hi-lo, and other card and table games and 1,250 slot machines with unlimited jackpots.

Despite high hopes among the Blackpool team, the rights to open Britain’s only Las Vegas-style casino were awarded to Manchester. In one fell swoop, Blackpool had to go back to the drawing board.

It did this by creating a strategy that made the town appeal to a broader demographic. Besides improving its offering for tourists, it has created a new conference and exhibition facilities to diversify the local economy.

However, more recently, discussions have re-emerged around the possibility of building a large gaming venue for poker, table games, and slots in Blackpool.

But does the town need it and is there political will to make it happen?

Blackpool is a town that has continually reinvented itself over the centuries. Through the 18th century, it was believed that bathing in the seas of Blackpool could help cure diseases, something that seems laughable today. At the time though, it was all the rage with people from around the country making the journey to the town to take advantage of its healing waters.

As has often been the case in Britain, industrious business people saw this trend and began offering services that catered to the people wanting to take a trip to Blackpool.

This saw the construction of a private road between Blackpool and other northern towns and cities, including Manchester and Halifax. In the town itself, four hotels and amenities like a bowling green were constructed to entertain tourists when they got there.

Through the 19th and early 20th century, the famous three piers, Blackpool Tower, and the Blackpool Pleasure Beach theme park were all built. This was also when the Blackpool Illuminations first began lighting up the Golden Mile promenade.

These attractions, along with its theatres, ice rink, water park, and amusement arcades have all helped to help Blackpool compete against cheap flights across Europe and the guaranteed sun on offer in Spanish, Portuguese, and Greek resorts.

Compared to other popular Victorian seaside resorts like Margate and Skegness, Blackpool has fared much better.

During the late 20th and early 21st century, the town began attracting increased numbers of stag and hen parties, helping to grow the night-time economy. However, unlike cities like Cardiff, where these parties don’t have negative effects on residents or other visitors, Blackpool saw a decline in numbers of other visitors.

The local authority and businesses, therefore, began looking for new ways to boost tourist numbers in the town, and used a sea defence upgrade project to provide upgrades to the promenade, making them easier and more appealing to walk on.

An additional regeneration project worth £39.5 million has been also underway in the town intending to boost tourism. 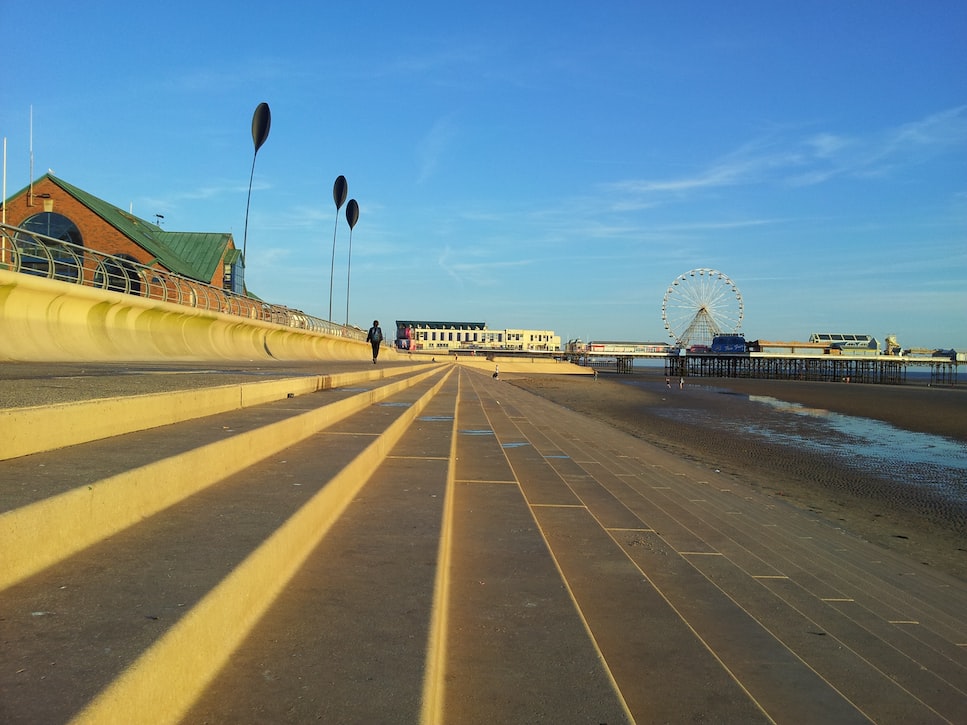 The new flood defence scheme helped to improve the look of the promenade.

Would a Super Casino Make Sense for Blackpool?

Clearly, a large casino that offers a range of different poker games, table games, and slots could be very attractive to many players that want a “Las Vegas experience” without having to fly across the Atlantic Ocean.

However, with over 10 years passing since the last super casino bidding process, the case for a casino may not be as strong as it once was.

Since the original plans for super casinos were laid out before parliament during the years of Tony Blair’s Labour government, the whole gambling landscape has changed.

Hundreds of online poker sites, casinos, and bookmakers have all sprung up, building huge market shares. Most offer a wealth of resources to their customers such as guides, tutorials, and even tools like a poker odds calculator, to help them with their playing.

Mobile apps have also made it possible to play games like Texas hold’em on the go, meaning you no longer need to visit a casino of any size.

That hasn’t stopped Jake Berry, who served as Minister for the Northern Powerhouse until earlier this year, dusting off the plans to seize a “once in a generation” opportunity to regenerate Blackpool.

Citing research that showed a casino could be a boost to the local economy, Berry said that a new casino in Blackpool could create over 3,000 new jobs in the town and pump millions of pounds of much-needed cash into its economy.

Combined with the new Winter Gardens Conference & Exhibition Centre, a casino could make for an attractive proposition for business people. In Las Vegas, where exhibitions and events are a major driver of visitors, delegates and attendees turn to the casinos for entertainment in the evening, playing poker, enjoying the entertainment, and dining in their restaurants.

Berry’s suggestions for a new Blackpool casino included a “social welfare fund” that would reinvest gaming revenues into initiatives that improved the life chances and opportunities for the poorest people living in the town. This would be important for the town since it’s one of the poorest areas in Europe.

Several local politicians and activists have voiced their opposition to the plans though, mostly around whether a casino of this size would be economically viable in 2020 and beyond.

The prospect of a super-casino in Blackpool took a tiny step closer as Jake Berry put the idea back on the table. However, he lost his position as Northern Powerhouse Minister in February during a cabinet reshuffle.

As a result, there appears to be no advocate for the idea within the government at present. The prevalence of online poker and other games also leads some to question the necessity for a large gaming venue. So it seems the idea has died for a second time.

The post Is There the Political Will to Make Blackpool the Gambling Capital of Britain? appeared first on Politicalite UK.