THE VATICAN is investigating how Pope Francis’s official Instagram account ‘liked’ a photo of a scantily-clad Brazilian model.

A Vatican official said that the ‘like’ didn’t originate from the Holy See and, as such, the Vatican was working “in close connection” with Instagram to get to the bottom of who liked the photo. 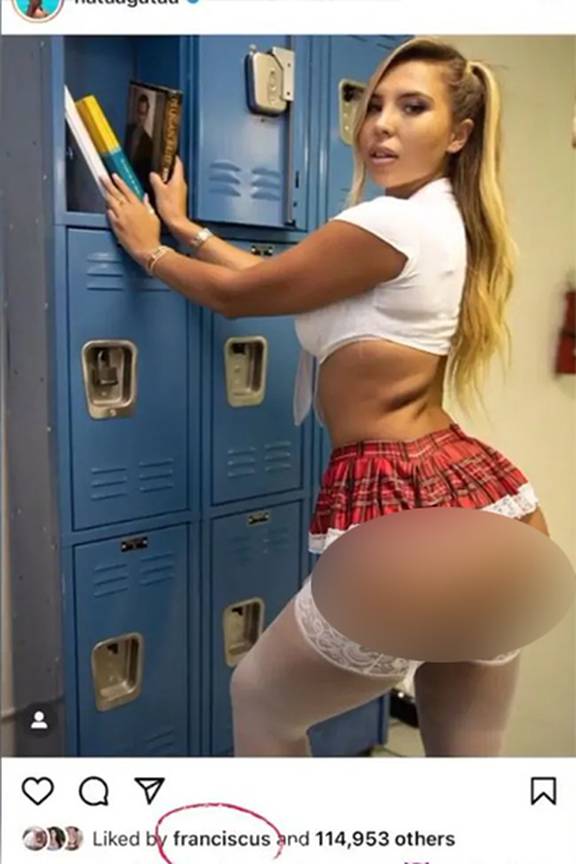 Earlier this month, it was shown as having ‘liked’ a photo of Natalia Garibotto, a Brazilian model whose Instagram account features dozens of photos of her in thong bikinis and provocative poses.

In the photo liked by his account, she is dressed as an apparent schoolgirl, wearing a short tartan miniskirt and white garter stockings leaning up against a school locker.

Francis has a robust social media presence, with his Twitter account @Pontifex tweeting out daily prayers in a variety of languages.