QUEEN Elizabeth’s marriage to Prince Philip, the Duke of Edinburgh was allegedly fraught with affairs, infidelity and even led to bizarre claims that another man is the father of Prince Andrew.

Yesterday Politicalite revealed the infidelity by the Duke of Edinburgh with her cousin Princess Alexandra, that led to a temporary ‘split’ that caused alarm within the British Government and today we can reveal a paternity scandal that has been covered up for decades.

In his book ‘Queen Elizabeth II, A woman who is not amused’ , Nicholas Davies revealed that it was “extraordinary” that an affair involving two members of the royal family, one of them married to the Queen, has remained a secret for so many years.

Throughout the ‘50s and ‘60s Lord Porchester and Elizabeth spent many, many hours together discussing racing.

But there was more to the relationship than racing.

Elizabeth began to spend a great deal of time with Lord Porchester and they would frequently meet at Broadlands where Mountbatten would be their host. They would ride together, walk for hours with the dogs and sit and chat into the night.

Mountbatten was concerned that Elizabeth was infatuated with the handsome Harry Porchester, perhaps even emotionally involved.

After much thought Mountbatten took the unprecedented step of writing her a letter of warning.

‘I urge you to be more discreet in your relationship with Porchy’ wrote Mountbatten according to John Barratt.’

Mountbatten knew what was going on and was worried in case things got out of hand. He saw the way they were to each other, how close they had become, acting towards each other as though lovers. 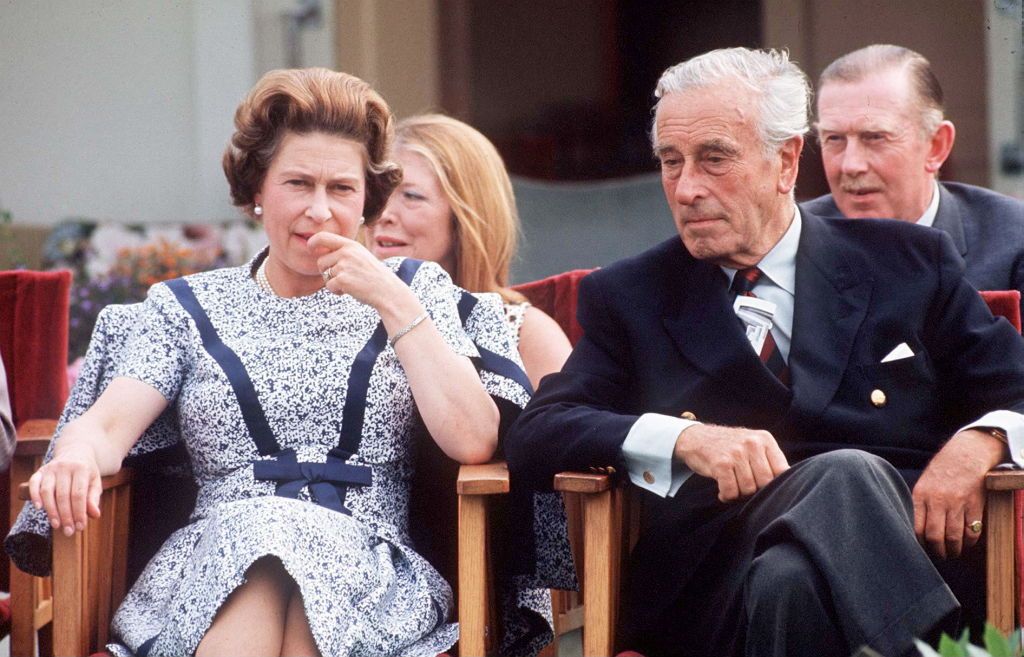 Lord Mountbatten (Right) with Queen Elizabeth in the 1970s – CREDIT: Getty via Hearst

‘I think there was also a sense of jealousy too. However, he was genuinely concerned that she and Porchy were spending too much time together at Broadlands and it was obvious that he believed they were becoming too involved.

He told me so; he used to shake his head about it, not knowing how he should tackle the situation. Elizabeth was so animated when Porchy was around and they got on so well together.’

Elizabeth appeared to take little notice of Uncle Dickie’s warning for she continued to see much of Harry Porchester but the couple spent fewer weekends at Broadlands.

Later they would travel abroad together on racing business and spend weekends together. Since 1975 Elizabeth and Porchy have often visited Kentucky together during the spring yearling sales. 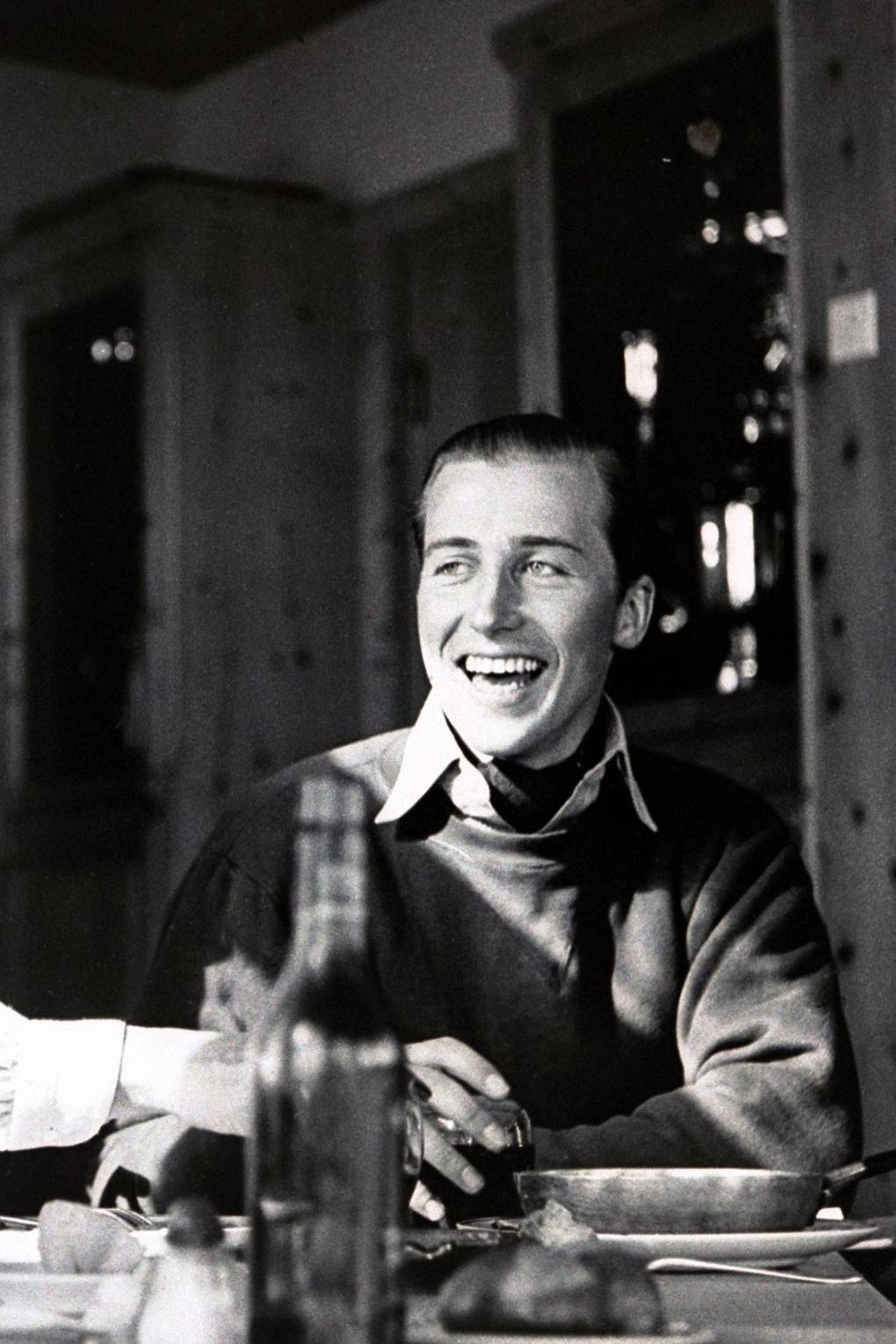 On January 1,1990 the Cabinet papers of the Macmillan government released for the year 1959 (the year that Prince Andrew was conceived) confirmed that the royal family was discussed in Cabinet on three occasions that year but the subject matter was sufficiently sensitive for the government to order that it be kept secret for a much longer period than normal.

One of the items was stamped with a 50 year embargo – as opposed to the normal 30 years – and two items were locked away for 100 years not to be revealed until 2059. What could possibly be serious enough to warrant this kind of secrecy?

It was virtually without precedent in times of normality. From recent times only the Cabinet documents relating to the Abdication remain precluded. In 1959 there were no wars, political upsets or constitutional crises. ‘Prince Philip- a critical biography’ by John Parker.

Lady Colin Campbell has also claimed that Prince Andrew bears an uncanny resemblance to Porchester and that similarity goes beyond the facial.

“Unlike the other males in the royal family who are slender like Philip, Andrew is chunky like Lord Carnarvon/Porchester and the two sons born to his marriage. “ 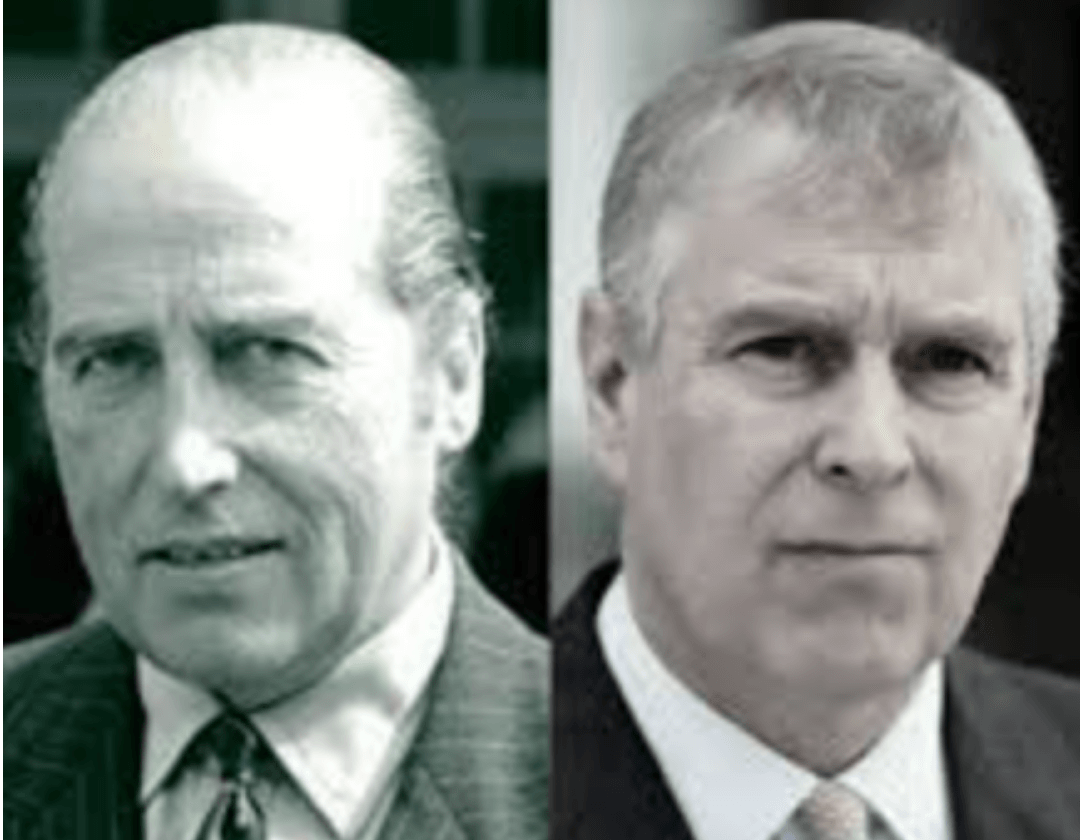 Above Left: Lord Porchester who bears a striking resemblance to Prince Andrew (Above Right)

Prince Philip had agreed in 1993 to be profiled by journalist Fiammenta Rocco in ‘The Independent on Sunday.’ The reporter referred to the allegation that Prince Andrew is not really Prince Philip’s son, that he is the son of Lord Porchester, the Queen’s racing manager.

Philip did not flinch. Knowing that any reaction would be front-page news, he said nothing. He sat as impassive as stone. “Like a child with porridge in his mouth” the reporter later told a colleague. She had addressed the issue of his son’s paternity because it had been raised weeks before by Nigel Dempster in ‘The New York Times Magazine.’

“Get hold of a picture of Prince Andrew and then one of Lord Porchester at the same age” Dempster was quoted as telling writer Christopher Hitchens. “You’ll see that Prince Philip could never have been Andy’s father.”

The Palace did not challenge the published statement. 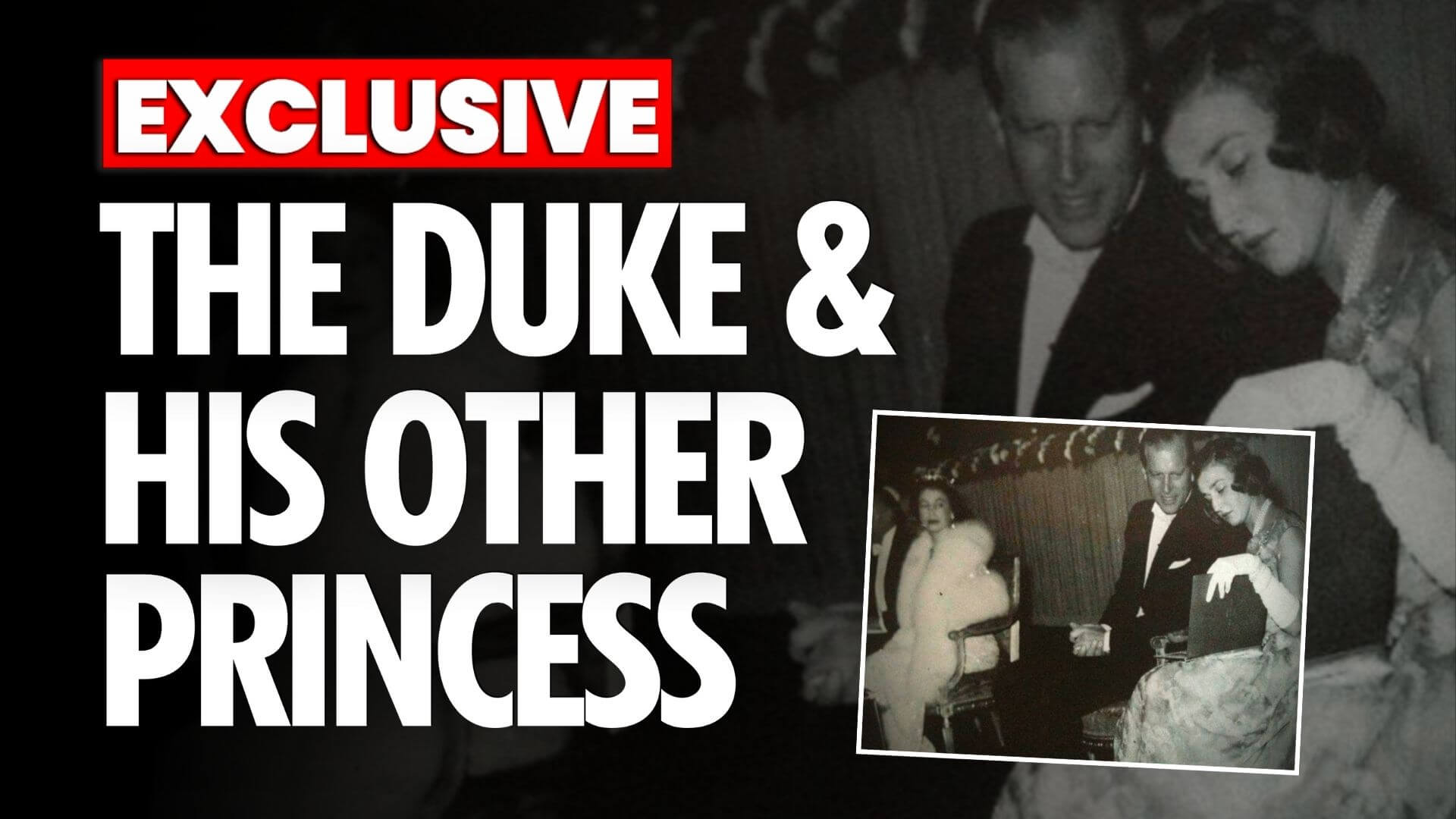