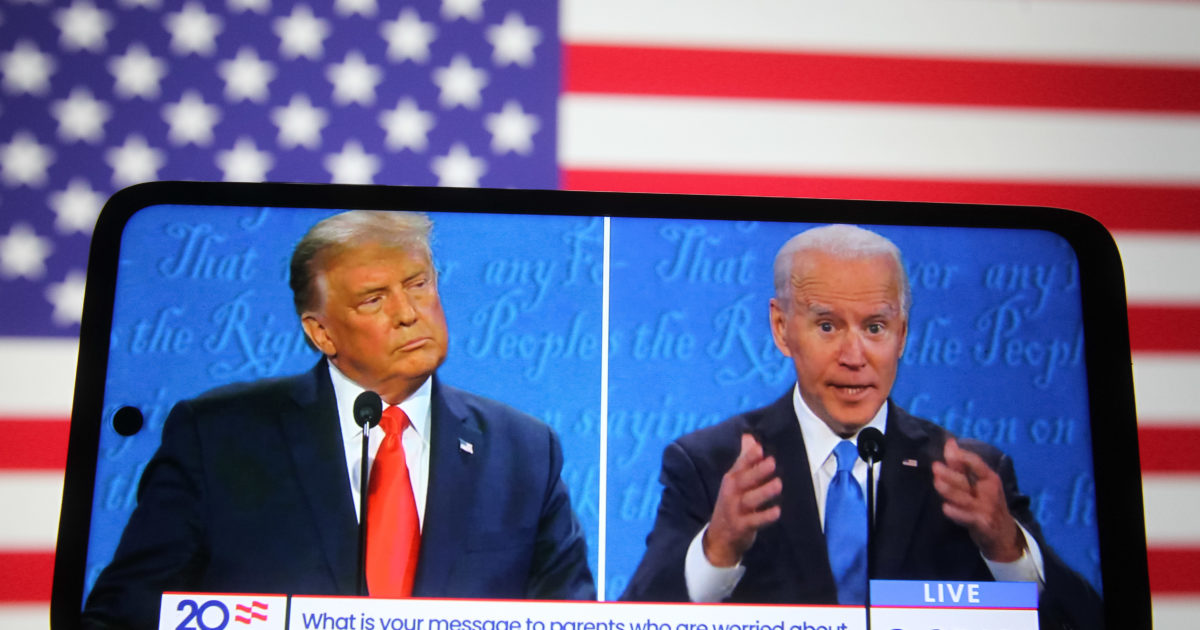 In a world in which economic reality mattered to politicians, grandiose spending plans coupled with soaring government debt would pretty much preordain grim tax policy. But we don’t live in that world. In ours, tax and spending proposals are crafted based on their appeal to target audiences of voters, with no regard for balancing books or averting financial catastrophe.

With that in mind, it’s clear that there are significant differences between the plans that Donald Trump and Joe Biden harbor for our money. Basically, Trump plans to steal less of other people’s cash then Biden does, though neither has any serious suggestions for paying for their spending schemes.

First, let’s note that the president has been very vague about his tax plans, offering little beyond broad promises of more tax cuts in addition to those provided by the 2017 Tax Cuts and Jobs Act (TCJA).

“Without further details or clarification, it is difficult to fully analyze President Trump’s second term tax policy agenda,” cautions the Tax Foundation. “Broad themes of the president’s agenda include providing tax relief to individuals and tax credits to businesses that engage in desired activities, while the status of expiring TCJA provisions and tariffs seems uncertain.”

“We’re left with a handful of vague ideas and bullet-point descriptions about various tax cuts the president would like to pursue if he’s re-elected,” agrees Kiplinger. The financial publication adds that we should “expect the president to seek permanent status for at least some of the provisions in the Tax Cuts and Jobs Act (TCJA) of 2017 that lowered taxes for individuals. Right now, most of those tax cuts are set to expire after 2025.”

The TCJA, then, is probably our best insight into Trump’s intentions. The law dropped the corporate tax rate from 35 percent to 21 percent. It also cut personal income taxes for a majority of Americans.

“About 65 percent of households paid less in individual income taxes in 2018 as a result of the TCJA,” reports the Tax Policy Center, a project of the Urban Institute and the Brookings Institution. “About 6 percent paid more. The rest paid about the same.”

“Experts are divided on whether the tax law was a good idea. But there is little disagreement on this core point: Most people got a tax cut,” notes The New York Times.

Many of the tax reductions of the TCJA are set to expire in 2025, however. The expiration date was inserted in order to prevent a Senate filibuster by Democrats who opposed the legislation. As a result, a reelected President Trump is expected to try to extend the effects of the law, and that may well constitute the bulk of his tax policy.

Joe Biden, by contrast, has been far clearer than Trump about his tax plans—and about his intention to extract more money from Americans.

Biden “wants to raise the highest personal income rate back up to 39.6% (it was lowered to 37% by the 2017 tax reform law), cap itemized deductions for wealthier Americans, limit ‘like-kind exchanges’ by real estate investors, and phase-out the 20% deduction for qualified business income for upper-income taxpayers,” agrees Kiplinger. “He won’t raise taxes for anyone making less than $400,000, though.”

Biden proposes reducing taxes for lower-income Americans, though not with broad TCJA-style rate cuts. Instead, the Democratic challenger favors targeted breaks, including tax credits and debt forgiveness intended to benefit parents, students, seniors, and other favored groups and to generally incentivize behavior he wants to encourage.

It’s necessary, though probably pointless, to emphasize that neither Trump’s nor Biden’s tax plans come close to paying for the federal government’s anticipated spending spree in the years to come.

It’s hard to assign an equivalent revenue number to the president’s proposals given the dearth of details, but his emphasis on tax cuts means it’s certainly less than Biden’s take.

But Trump proposed non-stop deficit spending even before the government started throwing money around to offset jobs lost and businesses closed during the pandemic, according to the Congressional Budget Office (CBO). More tax cuts and continuing deficits mean growing debt.

Biden proposes $7.74 trillion in increased federal spending, tallies the Washington Post‘s Robert J. Samuelson. That’s on top of $13 trillion in deficits over the next decade (calculated before coronavirus spending). That inevitably results in even greater debt beyond what’s already forecast.

“By the end of 2020, federal debt held by the public is projected to equal 98 percent of GDP,” the CBO warned in September:

High and rising federal debt makes the economy more vulnerable to rising interest rates and, depending on how that debt is financed, rising inflation. The growing debt burden also raises borrowing costs, slowing the growth of the economy and national income, and it increases the risk of a fiscal crisis or a gradual decline in the value of Treasury securities.

This is an appropriate place at which to recognize that Libertarian presidential candidate Jo Jorgensen favors cutting taxes and government spending.

“Taxes are never voluntary—they are always paid under threat of punishment,” her campaign website points out. “As president, I will work tirelessly to slash federal spending, make government much, much smaller, and eliminate the federal income tax, so you can keep what you earn.”

Jorgensen promises to “block any new borrowing” and to “encourage baseline budgeting. Instead of assuming an increase, we start at zero every year, and then we decide what is vital.”

The Libertarian candidate’s proposals are light on details, though she offers the rare acknowledgment that taxes and spending involve important tradeoffs, and that not everything people desire is affordable.

But we don’t live in a world where economic reality has much popularity, which may be why the only presidential candidate to discuss taxes and spending as linked issues is languishing in the polls at maybe 3 percent. Instead, Americans are at each other’s throats over two candidates whose financial proposals promise everything their supporters could want without reference to the real world.