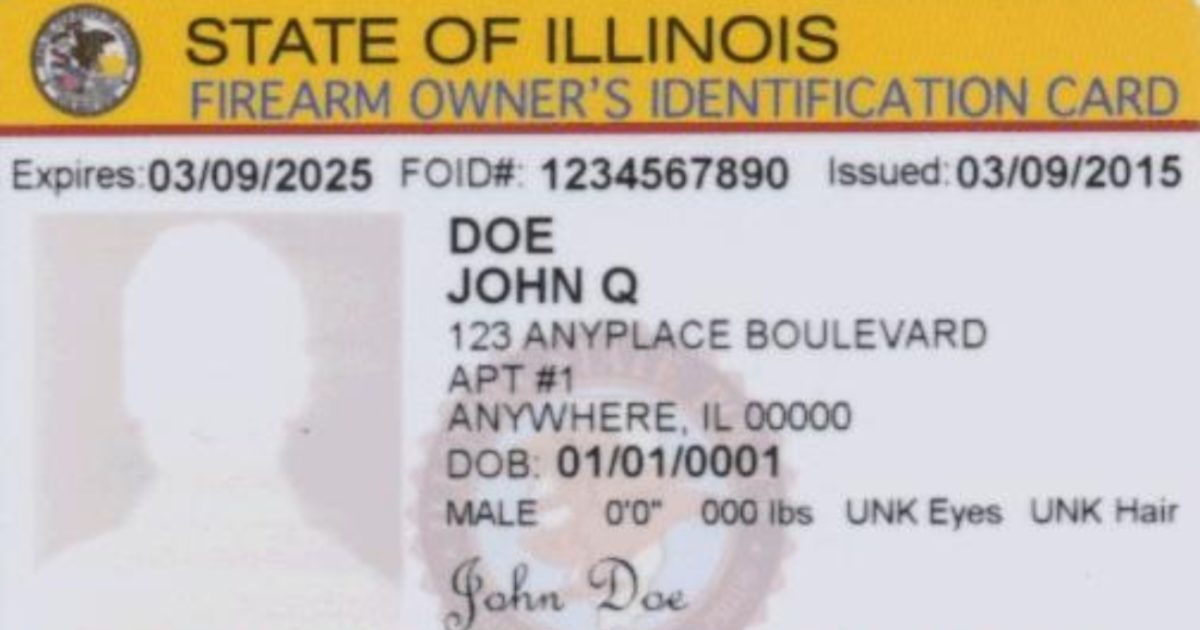 If you live in Chicago, you might be thinking about buying a gun to protect yourself, your family, your home, or your business against rioters, looters, and assorted violent criminals. But before you can exercise your Second Amendment rights in Illinois, you need permission from the state police, a process that can take months.

Contrary to a state law that requires approval or denial of an application for a firearm owner’s identification (FOID) card within 30 days, Illinois residents often wait two or three times as long. Such delays are plainly unconstitutional, according to a federal lawsuit filed last month by the Goldwater Institute on behalf of four Chicago area residents and two gun rights groups.

The violent unrest that Chicago saw this week is the latest manifestation of a pattern that emerged in late May, when rioters and looters marred protests against police brutality provoked by George Floyd’s death in Minneapolis. Meanwhile, homicides in Chicago are up 55 percent as of August 2 compared to the same period last year.

All this alarming criminal activity has been accompanied by a surge in applications for FOID cards, which Illinois residents need to legally possess any sort of firearm. On June 2 alone, the CBS station in Chicago reports, the Illinois State Police (ISP) received nearly 5,000 applications—”more than the previous eight days combined.”

At the time, the ISP said it was taking an average of 51 days to process FOID applications. Since that is an average, it means many people were waiting even longer.

The lead plaintiff in the Goldwater Institute lawsuit is D’Andre Bradley, a Marine veteran and Illinois National Guard member who applied for a FOID card in late April. Three other plaintiffs applied in March; one of them was approved after four months but still had not received his card when the lawsuit was filed on July 20.

Illinois is one of just two states where residents need a license to possess long guns as well as handguns. In theory, the process is straightforward: As long as you are not legally disqualified from owning a firearm (because of a felony record, for example), the ISP has to give you a FOID card.

But the program has for years been plagued by insufficient funding and staffing. According to the Illinois State Rifle Association, another plaintiff in the federal lawsuit, FOID delays are only getting worse.

“This is a basic civil rights issue,” Bradley says. “Everyone has a fundamental right to self-defense. If the state is going to require a license to exercise that right, then it should at least respect its own time limit.”

Illinois politicians, especially in Chicago, do not seem especially keen to respect that fundamental right. The city’s handgun ban, which it vigorously defended to the end, was overturned by the U.S. Supreme Court in a landmark 2010 case.

After that defeat, Chicago passed an ordinance that required would-be handgun owners to receive training at firing ranges and simultaneously banned all such businesses within the city. The U.S. Court of Appeals for the 7th Circuit blocked enforcement of that ordinance in 2011.

A year later, the 7th Circuit overturned an Illinois law that prohibited the carrying of accessible firearms outside of one’s home or business. Noting the Second Amendment’s historical context, the appeals court concluded that “a right to keep and bear arms for personal self-defense in the eighteenth century could not rationally have been limited to the home.”

The repeated assaults on the Second Amendment in Illinois suggest that neither legislators nor the ISP can be counted on to fix the state’s FOID problem. Hence the lawsuit.

Jacob Huebert, the lead attorney on the case, says “it’s time for the courts to end the FOID card delays that are indefinitely and completely denying thousands of Illinoisans their Second Amendment rights—or just end the FOID scheme altogether.” Given the potential for bureaucratic neglect and mischief, the latter option seems preferable.