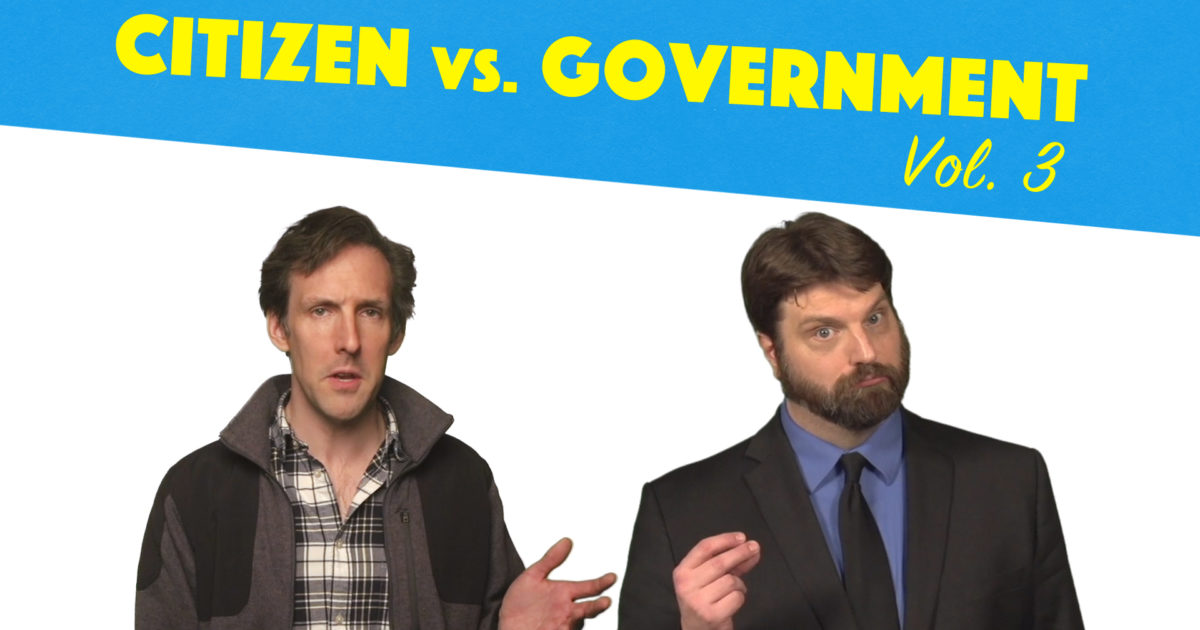 A citizen and the government have a friendly chat about taxes, gambling, and Social Security.