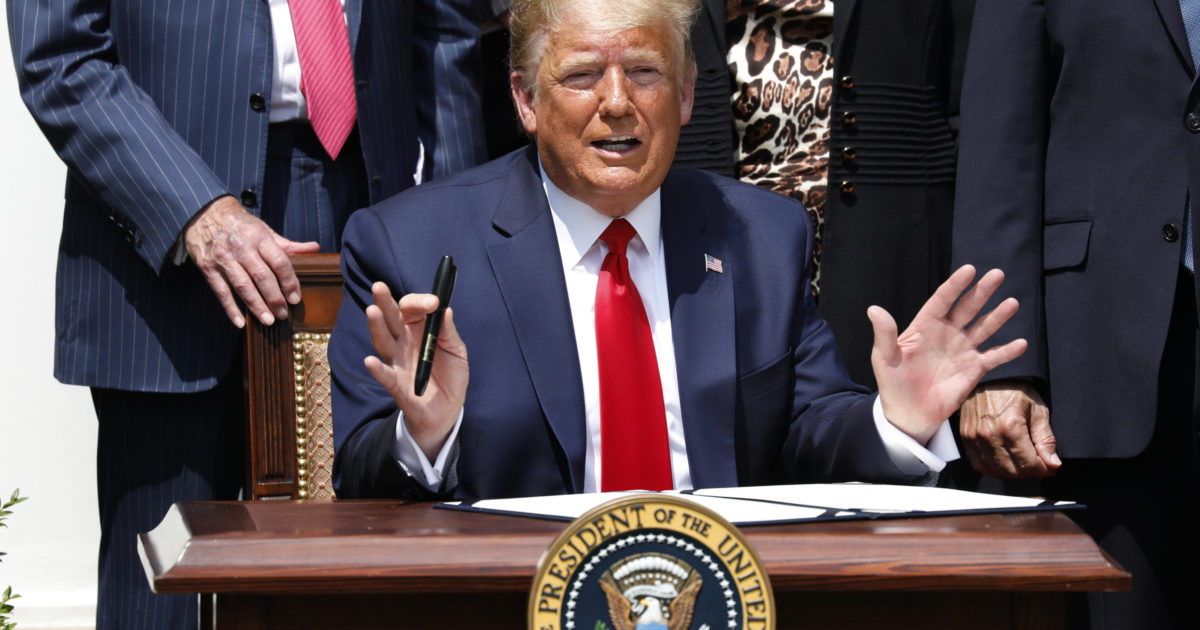 As Congress and the White House debate whether to spend another trillion or so dollars to help the U.S. economy survive the COVID-19 pandemic’s economic slump, President Donald Trump’s advisors are claiming that the first round of stimulus spending was a “wild success” that saved 51 million jobs.

Did it? As with the stimulus program enacted under President Barack Obama in the wake of the 2007-2008 financial crisis, the Trump administration’s claim that a massive federal spending binge saved the economy is dubious at best.

Data released by the Treasury Department this week shows that the Paycheck Protection Program (PPP) has poured more than $521 billion into American businesses since the coronavirus outbreak hit. The administration claims that more than 660,000 loans of at least $150,000 have been approved—due to the loan forgiveness aspect of the PPP program, many of those loans won’t have to be paid back—and that 84 percent of small business jobs have been preserved, even as businesses have been battered by both the virus and mandatory shutdown orders in many places.

But there are at least three reasons to be skeptical of those claims.

First, the math is….interesting. A Reuters’ review of the data found that 827 companies reported saving more than 400 jobs each despite receiving loans of less than $150,000. In those cases, it’s possible that the PPP loans allowed employers to save more jobs than they otherwise might have, but counting all those jobs as being the result of the stimulus program is misleading at best.

As a condition of receiving a PPP loan, companies had to supply the Small Business Administration with information about how many jobs were saved. But that data hasn’t been audited at all, and there are indications that some of it may have been “fudged” by the businesses that got loans, Reuters reports. For example, a large number of recipients seem to have reported saving exactly 50 jobs.

Second, even if you take the 51 million number at face value, that doesn’t accurately demonstrate how many jobs were “saved” by the stimulus program. Some of those jobs would have been saved—or would have returned—absent any government spending, says Don Boudreaux, an economist at George Mason University.

Companies that could’ve taken out private loans likely didn’t because government aid was offered instead. Similarly, businesses that could have dipped into their own savings to stay afloat chose government cash instead.

“It’s certainly the case that whatever is the accurate number of jobs credited as saved by this loan program, a significant portion of these jobs would have instead been saved by market forces,” Boudreaux says.

Third, members of Congress and the public should ask whether those jobs have really been saved, or if the PPP program has merely—to borrow a phrase from another aspect of the coronavirus response—flattened the curve of job losses?

In other words, the PPP program may have allowed businesses to keep more employees on their payrolls during the first few months of the pandemic, only to see layoffs occur as government aid expires, or as it becomes more apparent that the numbers provided by loan recipients were exaggerated. That’s why some economists argue that unemployment is actually much worse than the (already quite bad!) national rate of 11 percent.

Even if the stimulus did in fact save each and every one of those 51 million jobs, that works out to more than $58,000 in federal spending for each job saved. And since 51 million is almost certainly an overly rosy estimation—and because more spending may yet be on the way—the reality is that taxpayers probably paid a higher price.