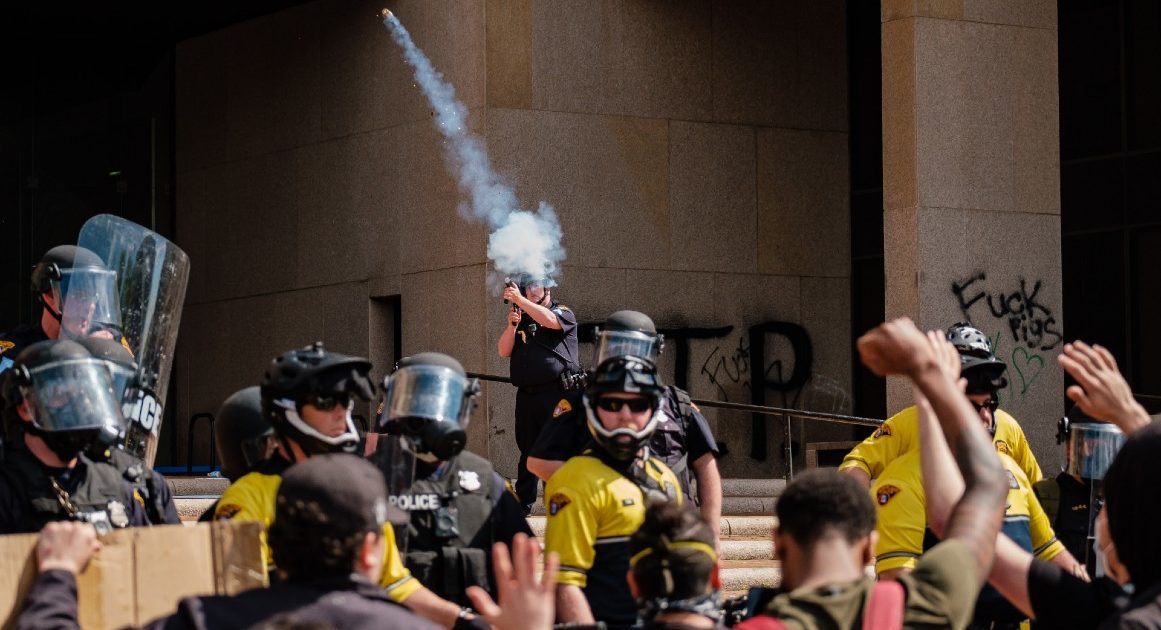 At least eight people across the country were hit in the face with rubber bullets and other less-lethal projectiles during the May 30 anti-police brutality protests that erupted after the death of George Floyd. Videos of these partial blindings, which challenge official statements put out by the various police departments, were released yesterday by The Washington Post.

While many of the departments involved claimed to have deployed rubber bullets, tear gas, and other less-lethal munitions to disperse protesters who were throwing objects at officers, footage from the incidents show many people who were partially blinded posed no “obvious threat” to police.

Following the incident, the Fort Wayne Police Department issued a statement saying Brake was bending over to pick up a gas canister, presumably to throw it back towards police (in their telling), when a second canister was deployed, bounced, and hit him in the eye. Yet slow-motion video does not show Brake bending over, nor does it show the second canister bouncing on the ground.

Linda Tirado, a freelance photojournalist, was also included in the report. After being hit in the eye with what she believed to be a rubber bullet while covering a Minneapolis protest, Tirado described the sensation as her face “exploding.” Tirado was struck after putting her camera down for a moment between shots. She was carried away by protesters and was later informed by a doctor that she is unlikely to ever recover her sight.

Use of force incidents during anti-brutality protests have renewed criticisms of the use of kinetic impact projectiles such as rubber bullets.

As Reason has previously reported, less-lethal munitions like rubber bullets can contain metal cores and are covered by rubber, plastic, and other materials. These munitions can cause penetrative damage and lacerations, both of which are contrary to their marketed use.

Footage from anti-police brutality protests shared on social media has highlighted the gruesome bodily injuries that can be sustained from such rounds. And while law enforcement describes rubber bullets as “non-lethal” or “less-lethal,” 15 percent of rubber bullet injuries resulted in permanent damage—there is even risk of death if struck in the face.

Manufacturers and some law enforcement departments encourage officers to aim for lower extremities, such as buttocks and thighs, but videos like those collected by The Washington Post have shown officers failing to properly use these munitions.