I’ve reprinted it below, in all it’s glory. After widespread ridicule, the Museum has apparently disowned the graphic, but likely not the ideology behind it. To add a perhaps superfluous comment, the notion that the U.S., spread across thousands of miles with multiple ethnic and religious groups and subgroups, has a single “white culture” should strike anyone with even a slight acquaintance with anthropology or sociology as inherently ridiculous. Which is not to take away from the ridiculousness of how that white culture is described. 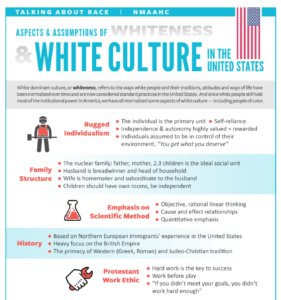 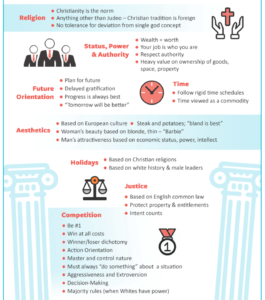