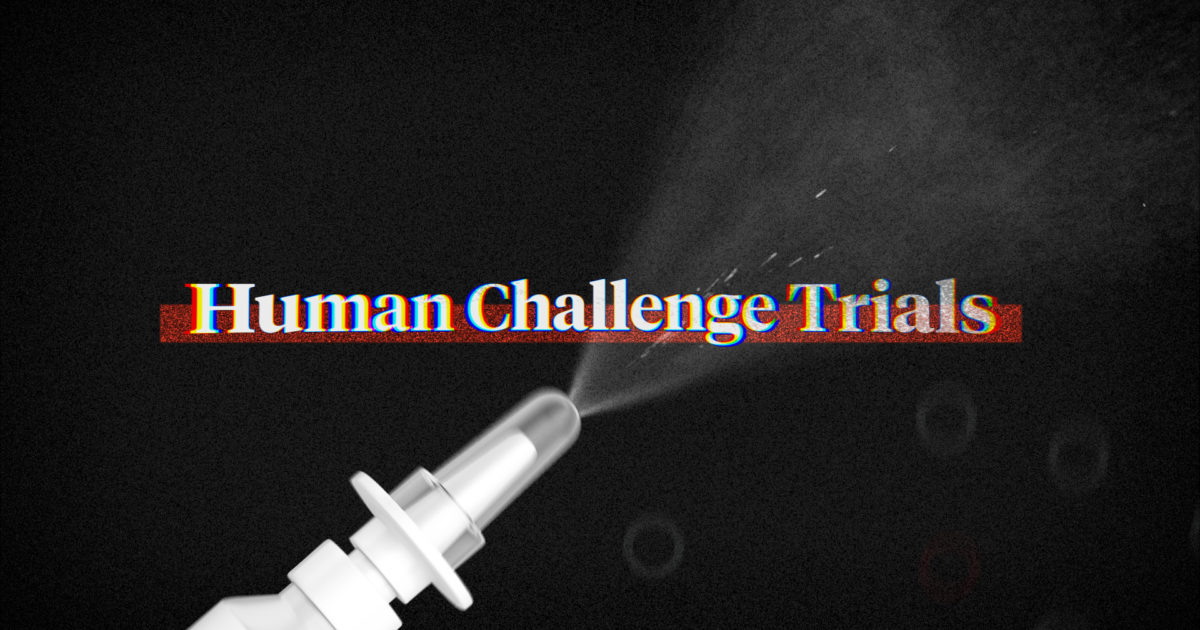 Would you allow scientists to expose you to the novel coronavirus if it would speed up vaccine development? Nearly 40,000 people from more than 160 countries have signed up to express interest in doing just that.

As the world waits for the results of traditional vaccine trials in which participants come into contact with the virus naturally, human challenge trials would deliberately expose a much smaller sample of young, healthy volunteers, potentially cutting the study time by several months.

But this approach is controversial among some public health officials and bioethicists because it would allow participants to put their own health at risk without a foolproof rescue therapy. And this debate relates to a longstanding divide over whether people in low-risk groups should be allowed to jeopardize their own health to save the lives of others—and even get paid for doing so.

“To save one day—ethically, that’s a no-brainer,” says Josh Morrison, a 34-year-old former corporate lawyer who founded the nonprofit 1Day Sooner to advocate for human challenge trials. By speeding the availability of a vaccine by just a single day, he estimates that 4,500 lives could be saved globally, not including secondary effects on things like medical care for other conditions, suicide, and poverty.

Morrison got involved with challenge trials through his work trying to solve the kidney shortage. He founded the nonprofit Waitlist Zero after donating a kidney himself to a stranger in 2011. When the coronavirus pandemic started, Morrison recognized the parallels between challenge trials and kidney donations: they’re both ways for healthy volunteers to accept a small amount of risk to save the lives of the more vulnerable.

But Dr. Anthony Fauci of the White House Coronavirus Task Force indicated in July that the government has no plans to encourage or move forward with its own challenge studies since the current infection rate in the U.S. is high enough to conduct traditional trials quickly.

Morrison says this view is shortsighted since challenge studies could still speed the development of multiple second-generation vaccines that would be safer, more effective, and easier to distribute around the world than the first ones approved. He also thinks U.S. officials shouldn’t be counting on high infection rates to continue through the end of the year.

Conducting a challenge trial also requires Food and Drug Administration (FDA) approval, but an official at the agency said in July that this approach could cause “ethical heartburn” because “if something bad happens, you don’t have a perfect fix for it.”

“Economists are accustomed to thinking about tradeoffs. It appears that at least in some parts of the ethics community, they are not,” says Stanford economist Alvin Roth, who studies so-called repugnant transactions, or exchanges that many people don’t think others should be allowed to make. He’s one of 15 Nobel laureates who signed an open letter published by 1Day Sooner urging the National Institutes of Health (NIH) to prepare for challenge trials.

Roth analogizes allowing well-informed individuals to get infected with the coronavirus to letting firefighters run into a burning building in a crowded city, in that we pay firefighters to take on additional risk so that many more civilians are not hurt by the fire before it burns itself out.

He points out that traditional vaccine trials carry their own risks. Unlike in challenge trials, participants don’t have the benefit of constant medical evaluation and first-rate care. And in a normal trial, thousands of participants get a placebo, meaning they can both get infected and infect other people. They may even engage in riskier behaviors if they think they’ve been vaccinated.

Roth received his Nobel Prize in 2012 in part for his work applying market principles to kidney donations. It’s illegal to pay donors in the U.S., so he came up with ways of encouraging them without direct compensation. By using Roth’s insights, policymakers were able to increase living donations by around 20 percent. But tens of thousands of people still die each year in the U.S. due to the kidney shortage, and Roth says that paying donors could save many more lives. Though some fear this approach because poor or desperate people would be taken advantage of.

“We pay people to become firemen who would not become firemen if we didn’t pay them,” says Roth. “We should think about how to be appropriately grateful so that we’re not exploiting the people who give us these things we need.”

Today, the world is on hold waiting for results, thousands are dying every day, and hundreds of millions are at risk of injury or poverty from the global pandemic. But researchers at Oxford University, who were the first to enter traditional human trials with a vaccine, have had trouble recruiting enough participants who are likely to become infected, as the natural virus transmission rate in the United Kingdom has fallen. They are currently racing to prepare a protocol for challenge trials that can pass muster with Oxford’s ethical review board, with the aim of beginning them by the end of the year.

In the U.S., Reuters reported in mid-August that, partly because of public pressure applied by 1Day Sooner, government scientists were just starting to prepare a protocol for challenge trials, two months after the NIH first said it would start that process. But the agency still has not committed to moving forward with challenge trials, and private efforts to develop a vaccine are following the government’s lead.