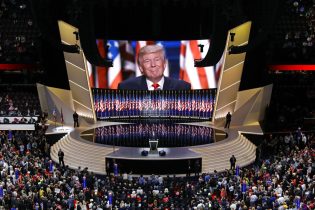 Republicans have spoken out about President Trump’s decision to cancel portions of the Republican National Convention. According to reports, a handful of GOP lawmakers are disappointed with the move.

They pointed out his greatest campaign tool has been energizing his base with massive gatherings.

On Thursday, the president announced the in-person Florida convention was being moved online due to public health concerns.

A much smaller gathering is set to take place in Charlotte, North Carolina on August 24th, where delegates will formally renominate President Trump.

“I just felt it was wrong, Steve, to have people going to what turned out to be a hot spot. You know, when we chose it, it was not at all hot, it was free. All of a sudden, it happened quickly. It happens quickly and it goes away quickly. The key is we want it to go away without a lot of death, without a lot of problems.” – Donald Trump, 45th President of the United States

Despite the decrease in morale, most have agreed it is the safest choice. The massive event was expected to bring in more than 10,000 people.