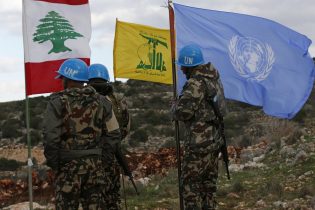 The Trump administration may veto a United Nations resolution to extend an international peacekeeping mission in Lebanon. According to reports, Israeli and U.S. diplomats have insisted the mission do more to curb Iran’s influence in the country.

The U.S. is the main sponsor of the $250 million UN mission to Lebanon. The U.S. and Israel claimed Iranian backed terror group Hezbollah has been controlling the Lebanese government and blocking access by UN peacekeepers.

However, the UN has called to ramp up its assistance to Lebanon, regardless of its domestic politics.

“The humanitarian response has been swift and wide-ranging. It is just the first phase in what will be three elements of the needed response. The second, recovery and reconstruction, will cost billions of dollars and require a mix of public and private finance. The third element is responding to Lebanon’s preexisting socioeconomic crisis.” – Mark Lowcock, Undersecretary General for Humanitarian Affairs, United Nations

U.S. diplomats have suggested American taxpayers should foot the bill to rebuild Lebanon, especially in the face of Hezbollah’s obstruction efforts.