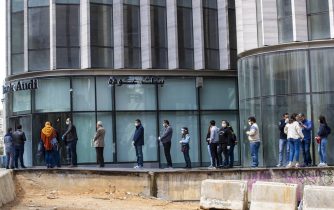 On World Refugee Day, Syrian refugees called on the United Nations to find a solution to the ongoing crisis in Syria and help them return home.

While speaking to reporters, one man said conditions at the camp were below the poverty line.

Near the Syrian border in East Lebanon, a number refugees have been living in dire conditions and lack basic supplies.

The region has suffered a lack of economic growth for several years, with the influx of refugees weakening the vulnerable state.

“We are demanding that the United Nations sends us back to our country. It’s been long enough, we have been here for ten years and it’s becoming too long. With the current expensive life conditions here in Lebanon, people now have nothing.” – Khaled Shehadeh, Syrian refugee

Lebanon has absorbed more than 1.5 million Syrians since the start of the country’s crisis nine years ago.