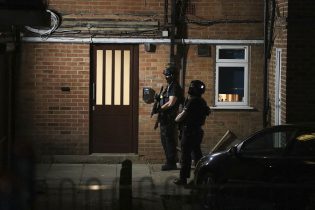 Three people were killed and at least three others were injured following a knife attack in the U.K.

On Sunday, British police announced they now have a 25-year-old male suspect in custody. He allegedly went on a stabbing spree at a park Saturday evening in the town of Reading.

According to witnesses, the suspect went up to a group of people relaxing at the park and began stabbing them at random. Officials have said they’re treating the incident as a terrorist attack.

Prime Minister Boris Johnson has stressed there will be changes made to the legal system, if necessary, to prevent attacks like these from happening again.

“If there are lessons to be learned, if there are changes that need to be made to our legal system to stop such events happening again, we will not hesitate to take such action, as we have before, you will recall, over the automatic early release for terrorist offenders,” stated Johnson.

British officials added they are not looking for anyone else involved in the attack and believe the man in custody acted alone. They have encouraged members of the public not to be alarmed going forward, but urged people to report anything they feel is suspicious.