Democrats haven’t realized it yet but this is where we plant our flag. They will not steal and destroy our great nation.

SCOTUS knows that, no matter that they do, half the country will think the election was stolen. So why not use the Constitutional roadmap to resolve the controversy? That is what the #TexasLawSuit proposes.

If neither candidate has a majority of the electoral college, the 12th Amendment directs the election to the House of Representatives to vote by state delegation. The amount of Constitutional law illiteracy about our Presidential election is really quite astounding. #TexasLawSuit https://t.co/S65urrmAO5

The Texas case against Pennsylvania, Michigan, Wisconsin and Georgia has exploded. Now nearly the entire country is picking sides.

The whole country knows now that the state of Texas sued Georgia, Michigan, Pennsylvania and Wisconsin on Monday night in the US Supreme Court challenging their unlawful election procedures.

We reported earlier today that President Trump joined Texas in suing the four states being sued by Texas.

Next we reported that 106 US House Republicans have signed a brief backing Texas in this case (the list should be over 200):

And then this afternoon, the Pennsylvania House joined the case: 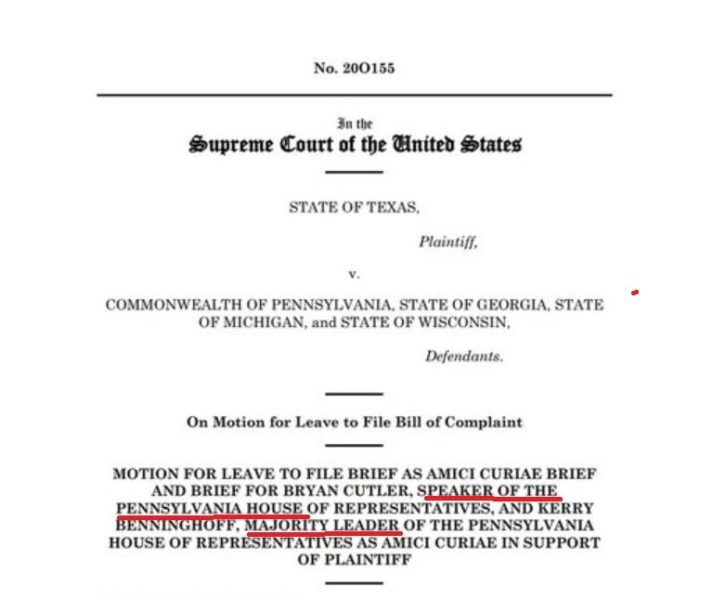 Now blue states and a couple of territories have gotten involved and have joined Pennsylvania, Michigan, Georgia and Wisconsin.  They are fine with massive corruption as long as they gain power: 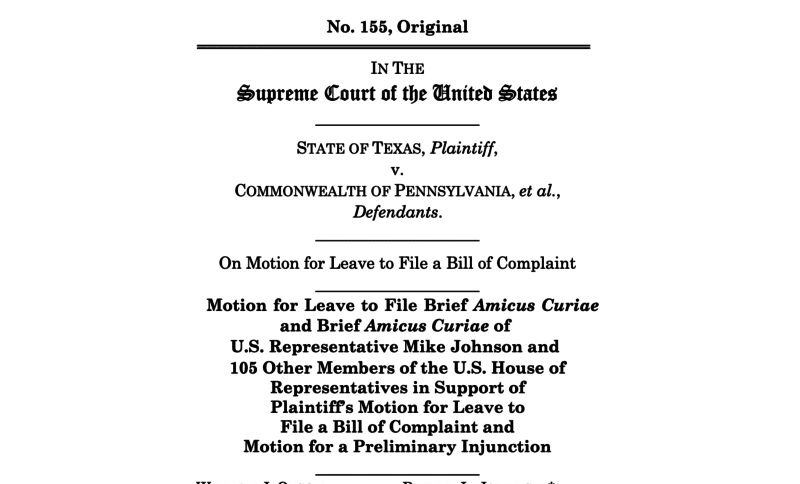 In addition to the above, Ohio joined Texas but then backtracked (so we really don’t know where to put them) and Wyoming decided to stay out of it.  Iowa, Kentucky, Alaska, New Hampshire and Idaho appear to have decided to stay out of the case as well.  Nearly the entire country is in the game now.  (see map above).

BREAKING: Today, I joined 22 other attorneys general in filing a brief with the United States Supreme Court opposing Texas’ radical, anti-democratic lawsuit. This suit seeks to overturn the will of the people by throwing out the votes of tens of millions Americans. 1/

The number of states and entities joining Texas in their suit against the big four states involved in stealing the 2020 election continues to grow. This case isn’t bogus or seditious, this case is valid and that is why states are picking sides.

(A final note – the people of many states must be sick with the actions of their current Democrat officials aligning with the corruption of the left. Never in US history have we seen such an all out effort to steal an election away from the Presidential winner. The steal cannot stand.)