For years, my colleagues and I have been warning of creeping totalitarians by tech oligarchs. Back in 2016, I filed suit against the DoJ to lift Section 230 of the Communications Decency Act (CDA), which provides immunity from lawsuits to Facebook, Twitter, and YouTube, thereby permitting these social media giants to engage in government-sanctioned censorship and discriminatory business practices free from legal challenge.”

Social media giants have been systematically silencing us for years — and in doing so have become drunk with immense power.

Allum Bokhari: Tech Giants are Censoring the President in the Most Closely Fought and Disputed Election in Living Memory (VIDEO)

Breitbart’s Allum Bokhari went on Tucker Carlson Tonight to discuss the growing threat of the tech giants on free speech in America and around the world.

The tech giant stocks surged this week with the fake news reports of a possible Joe Biden victory.

Allum Bokhari has been speaking out against Facebook, Google and Twitter anti-conservative censorship for years now. Unfortunately, those in power ignored the warning signs.

Allum Bokhari: All of the institutions that are meant to defend the public interest just sat on their hands and watched as big tech oligarchs developed the most powerful censorship machine for controlling and manipulating information and swaying elections that we’ve ever seen. And now we’re living with the consequences. Everyone who said the rule was to defend the American public interest from corporate interest and special interest did absolutely nothing. And now we’re looking at the possibility of a a Biden Administration that is totally in bed with the tech giants. 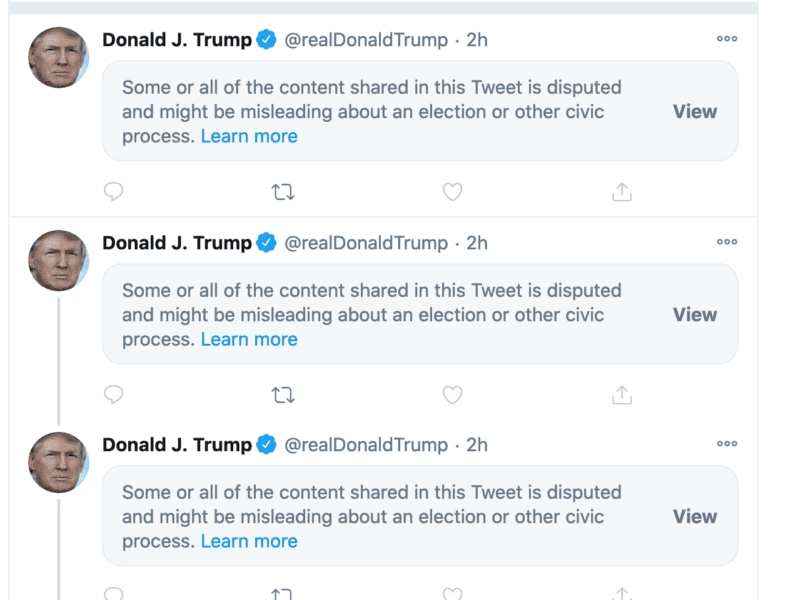 And now they are censoring talk of Democrat voter fraud and criminal conduct in stealing the 2020 election.

For the record — The Gateway Pundit sounded the alarm years ago.