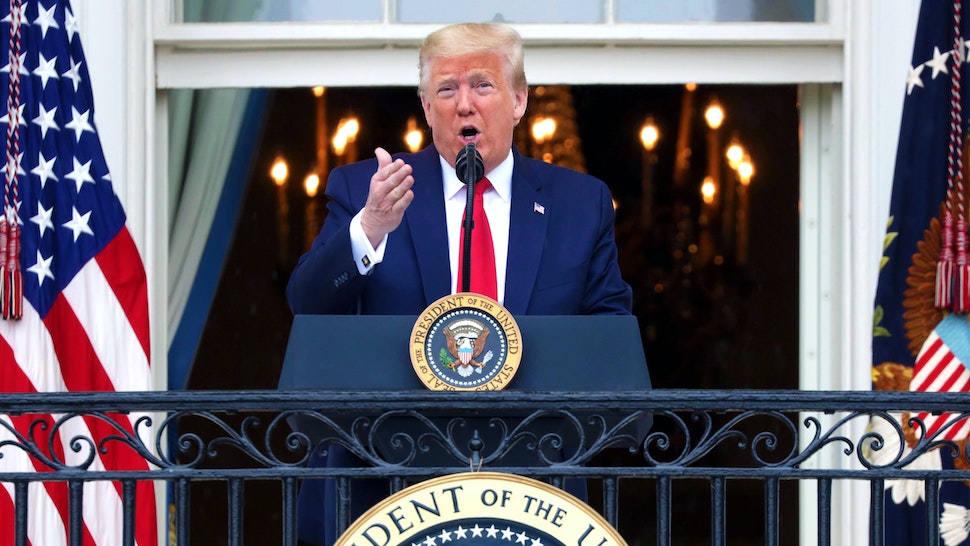 Brilliant. Perhaps for the first time ever a Republican president is attacking the Democrat Party plantation. Only President Trump could pull it off. Keep these ads up, Team Trump! President Trump received just 8 percent of the Black vote in 2016. If President Trump can get that number up to a mere 12-13 percent he will crush Joe Biden in November. #Trump2020!

I HOPE ALL AFRICAN AMERICANS WILL READ AND STUDY THIS. 100% CORRECT. SLEEPY JOE WILL NEVER GET YOU THERE. HE NEVER HAS IN THE PAST. I WILL & HAVE!!! https://t.co/j15DLun4KV

President Donald Trump’s re-election campaign released multiple digital ads on Friday targeting Democrat presidential candidate Joe Biden on his record with the black community after Biden made what were widely deemed to be racist remarks earlier in the day.

In an interview with “The Breakfast Club,” Biden said, without being asked a question, “I tell you if you have a problem figuring out whether you’re for me or Trump, then you ain’t black.”

“Mass incarceration has put hundreds of thousands behind bars for minor offenses,” one of the ads states while showing images of blacks in prison. “Joe Biden wrote those laws.”

The ad then cuts to Biden when he was in the U.S. Senate and showed him saying on the Senate floor, “Every major crime bill that has come out of this Congress … has had the name, Joe Biden, on that bill. … We do everything but hang people for jaywalking in this bill.”

The ad then states: “Joe Biden’s policies destroyed millions of black lives. Joe Biden may not remember, but we do.”

The Trump campaign immediately announced that they were going on the offensive over Biden’s racist remark with a $1 million digital ad blitz.

The second ad directly hits Biden over the remark that he made on Friday and is filled with images of numerous black Trump supporters that have attended some of Trump’s rallies.

The ad also features a clip from Sen. Kamala Harris (D-CA), who ran a failed 2020 presidential campaign, on the debate stage with Biden last year where she said: “It was hurtful. To hear you talk about the reputations of two United States Senators who built their reputations and career on the segregation of race in this country.”

Joe Biden thinks he has a right to tell Black Americans if they are Black or not.#YouAintBlack pic.twitter.com/b5QxQPTI2I

Let’s never forget the arrogance and entitlement that led @JoeBiden to say to Black voters to who don’t support him:#YouAintBlack

Remind Joe that the days of being taken for granted are over.

Show you’re on @TeamTrump and buy your t-shirt today!https://t.co/M3cjCXNNj9

The campaign even launched a new website, youaintblack.com, which features the remarks that Biden made on “The Breakfast Club.”