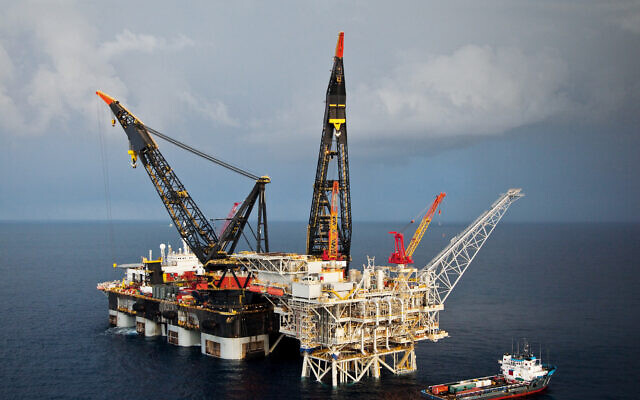 Another miracle has been achieved in the Middle East because of President Trump. The Abraham Accords will survive the reckless ineptitude of the Biden Administration. #BDSFail!

Delek sells its share in Tamar gas field to Abu Dhabi for $1.1 billion

“The deal is believed to be the largest and most significant commercial agreement between Israel & UAE since establishment of diplomatic relations last August.” https://t.co/4Mdo06tBqA

In biggest-yet Israel-UAE deal, Delek to sell stake in Tamar gas field for $1.1b

Israeli energy giant Delek Drilling announced Monday that it had signed a memorandum of understanding to sell its entire stake in Israel’s Tamar offshore gas field to the Abu Dhabi government-owned Mubadala Petroleum, potentially handing the United Arab Emirates a major share in one of the Jewish state’s key strategic and economic assets less than a year after the countries established diplomatic ties.

The deal for the 22 percent stake is worth $1 billion, with an additional $100 million conditioned on certain terms and goals being met, according to a notification about the agreement sent by Delek Drilling to the Tel Aviv Stock Exchange and the Israel Securities Authority. The companies said they aim to finalize the deal by May 31.

If completed, the deal will be the biggest commercial agreement made so far since Israel and the UAE signed a normalization pact in August 2020, brokered by former US president Donald Trump.

“This transaction has the potential to be another major development in our ongoing vision for Natural Gas commercial strategic alignment in the Middle East, whereby Natural Gas becomes a source of collaboration in the region,” Yossi Abu, CEO of Delek Drilling, was quoted as saying in the statement. “The development is not only a significant endorsement of the quality of the Tamar reservoir and the Levant basin but also a major support for the East Mediterranean Natural Gas sector.”

Under the terms of the so-called gas framework, drawn up by the Israeli government in 2015 to regulate the domestic natural gas market and allow a competitive and decentralized structure, Delek — owned by tycoon Yitzhak Tshuva — was required to sell off its non-operated stake in Tamar by the end of 2021.

Mubadala Petroleum is an international oil and gas exploration company, mostly focused on the Middle East, North Africa, Russia, and Southeast Asia, though it has assets in 10 other countries. It is a subsidiary of the Mubadala Investment Company, which is owned by the government of Abu Dhabi.