Simply extraordinary and miraculous. President Trump made what the “experts” called impossible into a reality with the iconic Abraham Accords. If Saudi Arabia is smart, it will follow the UAE’s lead, as some very turbulent times are coming to the Middle East.

Following the meeting, Amb Al Khaja presented his credentials to @PresidentRuvi at the President's Residence.

This is a significant milestone in our countries' relations

Thank you Israel for respecting my UAE

Today, the first Ambassador from the UAE presented his credentials in Israel. May the relationship flourish for millennia. Great leaders, for those two countries, delivered for their people with the Abraham Accords. Another win for a noble America First foreign policy. pic.twitter.com/J5IwprUJKL

Related – When an Emirati and an Israeli diplomat meet

Mohammad Mahmoud Al Khajah expected to present credentials to Rivlin and meet Netanyahu; will look for home and site for embassy

Mohammad Mahmoud Al Khajah will spend several days in the country, during which time he will reportedly meet with Prime Minister Benjamin Netanyahu and other senior officials, as well as scout out suitable locations for the embassy and his home.

“We have a historic opportunity to present a model of a warm and comprehensive peace between countries and nations. The opening of Foreign Ministry missions in Abu Dhabi and Dubai, and the opening of the Emirates’ Embassy in Israel are critical to establishing bilateral relations and promoting peace,” said Ashkenazi at the meeting in Jerusalem.

“I am happy to see the rapid warming of relations between the countries, and the realization of the vision of peace between cultures and peoples,” he added.

Al Khajah, who came with a small team of staffers, was scheduled to present his credentials to President Reuven Rivlin in an official ceremony at the President’s House.

He tweeted that he had arrived in Tel Aviv and met with Ashkenazi to discuss “growing bilateral relations”, as well as enhancing cooperation in various fields.

I arrived today in Tel Aviv as the first UAE Ambassador to the State of Israel and met with HE @Gabi_Ashkenazi, Israeli Minister of Foreign Affairs, to discuss growing bilateral relations since the signing of the Abraham Accords, as well as enhancing cooperation in various fields pic.twitter.com/JcsWqQ4ht7

The ambassador arrived in a private jet and, in keeping with Israel’s Health Ministry policy, immediately underwent a coronavirus test, Hebrew-language media reported.

On Tuesday he will reportedly meet with Netanyahu.

Israel and the UAE normalized ties last September with the signing of the so-called Abraham Accords at the White House in Washington, in a deal brokered by then-US president Donald Trump’s administration. Bahrain also joined the accords, establishing ties with Israel. 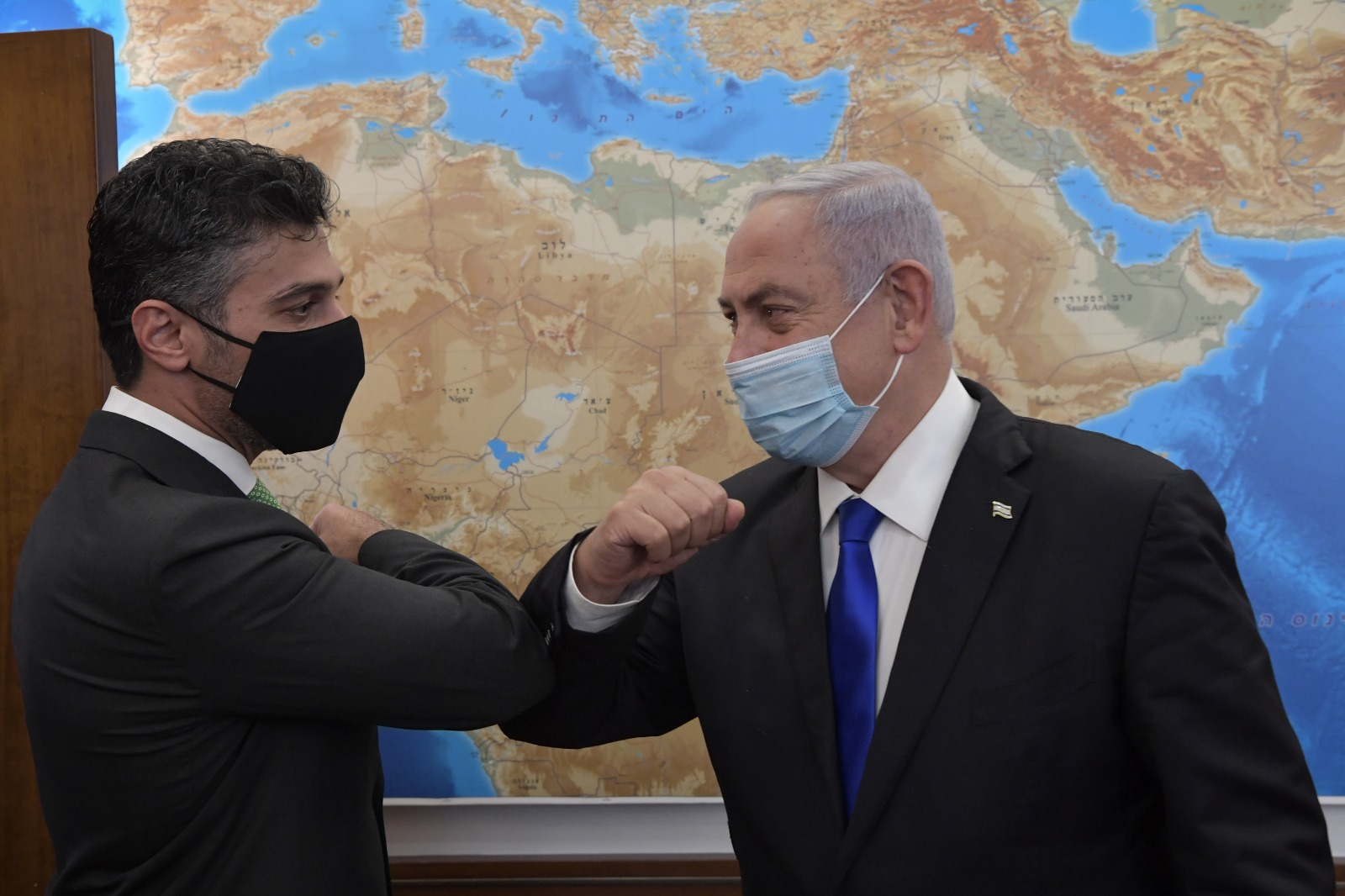