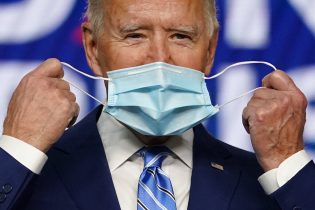 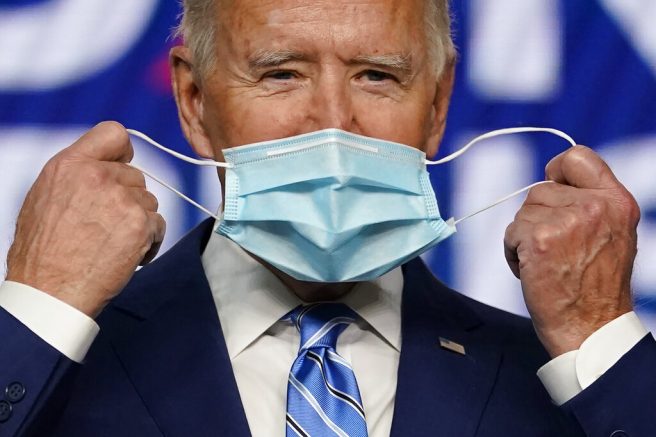 Joe Biden has plans to implement nationwide mask mandates if elected president. Over the weekend, he updated his ‘day one’ administration priorities.This came after multiple mainstream media outlets declared him the winner of the election.

The Democrat’s first stated goal would be to tackle the coronavirus pandemic. His plans include expanding testing, distribution of personal protective equipment and petitioning all governors to issue mask mandates.

During a town hall event in October, Biden already admitted he wouldn’t be able to order a sweeping mandate and would, instead, need to get all governors to agree.

“I would go out and I would call all the governors to the White House, some probably wouldn’t come,” he stated. “And I’d call the governors and I’d say to the mayors as well as the county executives, take responsibility and lay out the guidelines.”

Biden’s plan calls for all Americans to wear masks while around people from outside their households. He said if he failed to convince governors to implement those restrictions then he would speak with local officials as well.

As of now, 33 states have requirements for wearing masks in public. This includes Washington, D.C.,

President Trump has been critical of mask mandates. He said those as well as lockdown measures could cripple the economy.