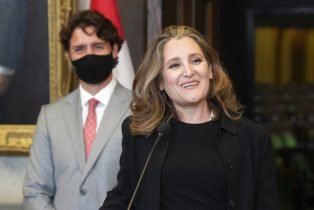 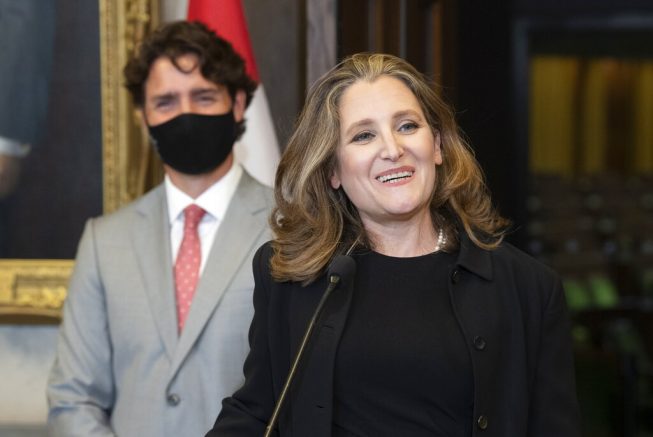 Finance Minister Chrystia Freeland smiles as she responds to a question as Prime Minister Justin Trudeau looks on during a news conference on parliament hill in Ottawa, Tuesday, Aug. 18, 2020. THE CANADIAN PRESS/Adrian Wyld/The Canadian Press via AP)

Freeland, who will continue to serve as deputy prime minister, said the restart of Canada’s economy has to be equitable, inclusive and focus on jobs as well as growth. She also spoke about the government’s commitment to the Canadian people amid the coronavirus pandemic.

“The coronavirus is still with us, this is a once in a lifetime challenge for our whole country and our commitment as a government is to do whatever it takes to support Canadians as we get through that challenge,” she stated. “And as we get through it, to really build back better.”

It is both an honour and a privilege to be named Canada’s first female Minister of Finance. I am eager to continue our govts work of helping

While speaking on her historic appointment to finance minister, Freeland said it’s about time women broke “that glass ceiling.”