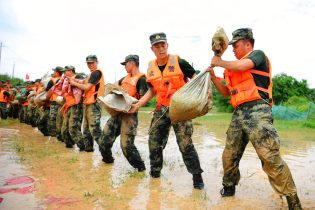 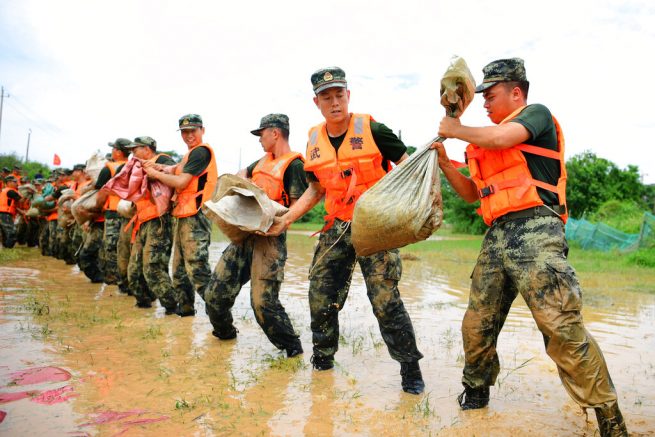 In this photo released by Xinhua News Agency, Chinese paramilitary policemen form a line to move sandbags to reinforce a dyke along the banks of Poyang Lake in Poyang County in eastern China’s Jiangxi Province, Sunday, July 12, 2020. (Cao Xianxun/Xinhua via AP)

A nearby river began to overfill and was at risk of spilling into the farmland, where it could ruin crops. Soldiers and locals quickly went to work on building an embankment to hold the water back.

“Perhaps this is the purpose of being a soldier,” stated soldier Xia Zenghui. “Once you change into this uniform, you feel like you are duty bound to come here.”

Locals and soldiers continue to work together to protect villages in danger due to record rains and flooding throughout eastern China. 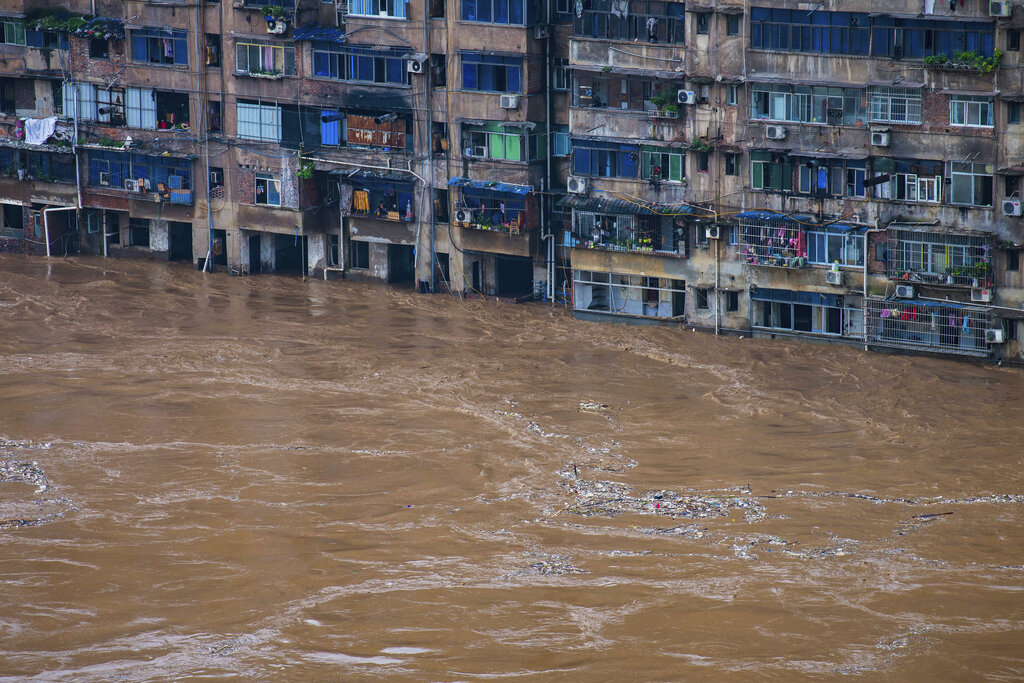 In this photo released by Xinhua News Agency, floodwaters flow past a residential building in Qijiang District of Chongqing Municipality, southwest China on July 1, 2020. (Chen Xingyu/Xinhua via AP)

The heavy flooding throughout the region has also disrupted supply chains, which has affected the shipping of personal protective equipment out of Wuhan to combat to coronavirus.