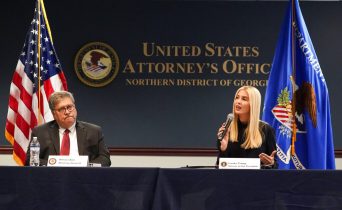 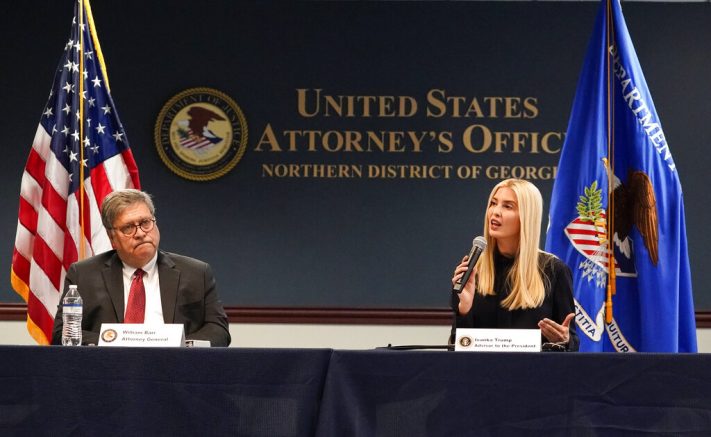 During a roundtable discussion in Atlanta, Georgia on Monday, Barr announced the Department of Justice is awarding more than $100 million for resources to combat trafficking. The money will go toward funding research initiatives, task forces and providing services to victims.

Gov. Brian Kemp (R) also attended the roundtable and commended the Trump administration for their support and willingness to step up to address this issue.

"We have had tremendous support from the Trump Administration." pic.twitter.com/eoZ8fRF7xe

About one month ago, U.S. Marshals in Georgia spearheaded an anti-trafficking operation leading to the recovery of nearly 40 missing children in the state. Barr applauded Georgia authorities by saying the state has become an example of how to approach the problem. The attorney general said he hopes to take what they learned to help other states.

“But I really appreciate the President and the administration, especially Ivanka who has been personally committed to this issue and I’ve had the opportunity to work closely with her on it,” he stated. “We’ve marshaled all our resources to fight this criminal activity and to do what we can to help the survivors.”

President @realDonaldTrump "vowed to fight for the forgotten men and women of this country—and there are few that are more voiceless and more forgotten and really in the shadows than those who have been victimized repeatedly and trafficked," @IvankaTrump said. pic.twitter.com/mgXisFg9oL