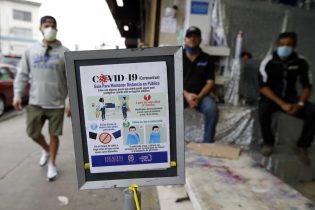 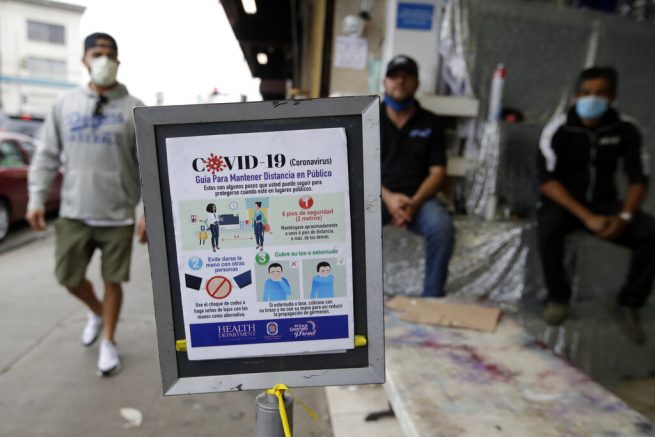 Guidelines on how to avoid the spread of COVID-19 are displayed on Mother’s Day at the Los Angeles Flower Market, Sunday, May 10, 2020, in Los Angeles. (AP Photo/Marcio Jose Sanchez)

In an interview Tuesday, Sheriff Margaret Mims explained that those duties have been neglected because she’s too busy re-arresting suspected criminals who have been released under the state’s “zero-dollar bail policy.”

The new policy was put in place by the California Judicial Council to allow those accused of misdemeanors and lower-level felonies to be set free without bail in an attempt to slow the spread of COVID-19 by reducing jail populations.

“That is my position, we do not stop the public to find out what they’re doing when they’re not sheltering in place,” she stated. “We don’t ask those questions, we don’t ask if they’re ‘essential,’ we’ve got our hands full trying to re-arrest people that are released due to zero-dollar bail.”