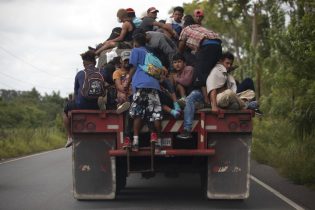 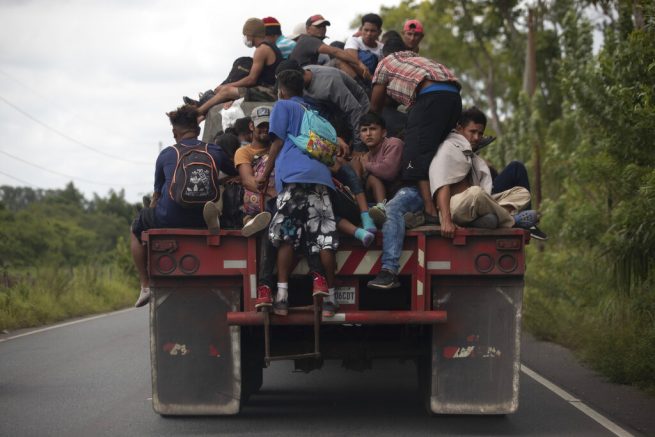 Migrants ride on the back of a freight truck that slowed down to give them an opportunity to jump on in Rio Dulce, Guatemala, Friday, Oct. 2, 2020. (AP Photo/Moises Castillo)

Guatemalan authorities have sent thousands of migrants back to their home country of Honduras. On Saturday, officials announced more than 3,000 migrants chose to return, while others continued north.

This came after thousands crossed into the country without authorization last week in hopes of reaching the United States.

The head of Mexico’s Migration Institute discussed how to best handle the massive groups. According to Dr. Francisco Garuno Yanez, Central American migrants frequently attempt to travel through the country to make it to the U.S.

“The Migration Institute promotes orderly, safe and regular immigration in order to guarantee humanism and human rights with any entry into this country,” he stated. “That’s the reason we have met today: for an orderly and coordinated activity with the armed forces.”

Honduras is one of the top countries of origin for migrants seeking to enter the U.S. More than 100,000 people from the Central American nation were deported in 2019.