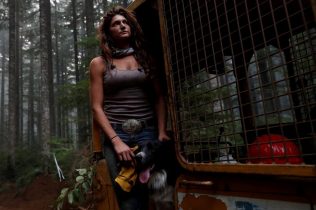 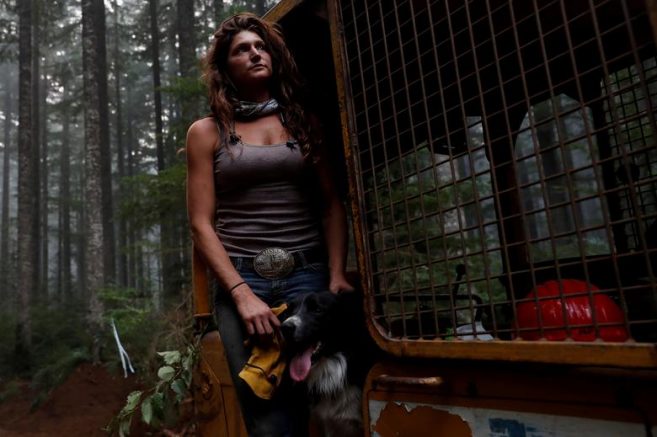 Nicole West stands for a portrait with her dog Oink on a bulldozer during the aftermath of the Riverside Fire near Molalla, Oregon, September 16, 2020. (REUTERS/Shannon Stapleton)

A group of Oregon citizens took matters into their own hands this week to protect their homes and livelihoods from raging wildfires. Over the past few days, the group called the “Hillbilly Brigade” took to the forests near the city of Molalla, Oregon to clean up fallen trees and implement other fire prevention measures.

“We are building fire lines, putting out the fires so they don’t crawl back up this way,” explained member Nicole West.

According to the volunteers, Oregon’s Democrat leaders have failed to protect citizens from the wildfire threat.

“So everybody stayed up here, even though the sheriffs and everyone told us we needed to evacuate,” stated West. “We all stayed, worked and fought the fire. 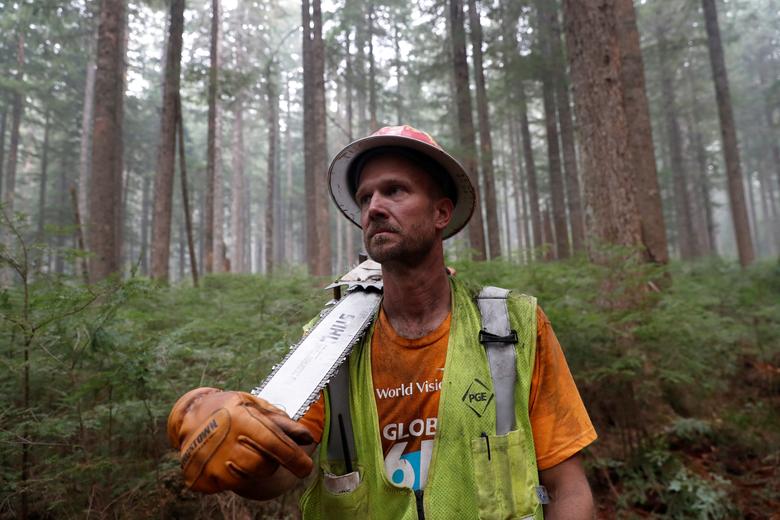 Matt Meyers poses with his chainsaw in a forest during the aftermath of the Riverside Fire near Molalla. (REUTERS/Shannon Stapleton)

The Hillbilly Brigade has said their actions show the wildfires could have been prevented if the state government wanted to.

“When the government bailed, we all stayed,” West added. “…Other than that, it would have been completely out of control.”