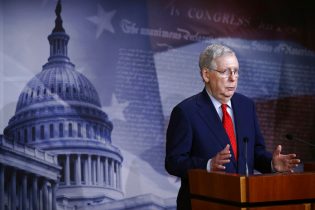 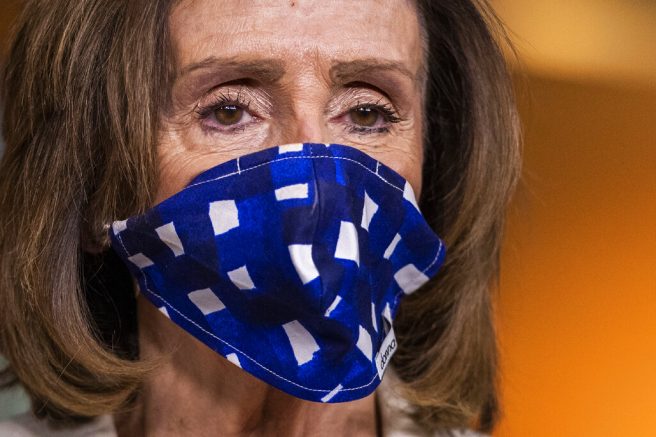 Following passage of the fourth phase of coronavirus relief, Congress is moving on to debate over what some analysts are calling the next great legislative battle of the pandemic — bailouts for state and local governments.

“So much of how we function in meeting the needs of the people depends on state and local governments having the resources,” she stated. “Some of these people, these heroes, are risking their lives to save other people’s lives and now they risk losing their jobs because what the states and localities had to spend…this just makes it unsustainable, not to have layoffs.”

One study suggested the economic shutdown has cost states an average of 20 percent fall in revenue. This coupled with highly increased demand for services, chiefly unemployment claims, has put states and local governments in dire financial straits.

Democrats in Congress reportedly tried to add state and local bailouts to the fourth coronavirus relief bill, a sticking point for Senate Majority Leader Mitch McConnell who criticized a lack of oversight in Democrats’ proposal.

“They wanted to extract other things, fortunately, what they wanted to extract the most, I refused to go along with and the White House backed me up,” he stated. “And that was we’re not ready to just send a blank check down to states and local governments to spend anyway they choose to.”

While he has stated additional funding for states is likely to be included in the next relief bill, McConnell has also voiced concerns over the possibility of what he called a “blue state bailout.” The Republican lawmaker claimed states with high deficits and a history of overspending may use coronavirus relief as a way to ease pre-existing financial issues.

“You know, we’ll certainly insist that anything we’d borrow to send down to the states is not spent on solving problems that they created for themselves over the years with their pension programs,” he stated. 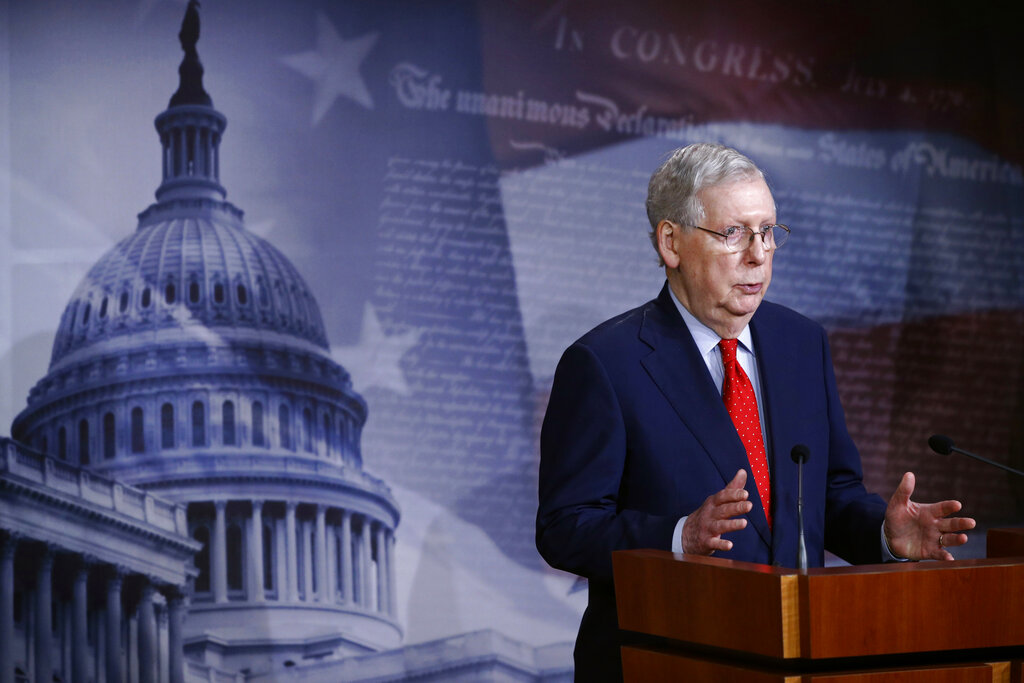 Another chief concern for the Senate majority leader is his insistence on legislating indemnity from lawsuits for businesses who acted responsibly during the pandemic. McConnell claimed that reopening the economy will be impeded if employers have to deal with a possible barrage of opportunistic lawsuits.

“I want to make sure that we protect the people we’ve already sent assistance to who are going to be set up for an avalanche of lawsuits if we don’t act,” he explained. “What I’m saying is we have a red line on liability, it won’t pass the Senate without it.”

McConnell, along with other fiscal conservatives, has also expressed concern over the potential future harm of drastically increasing the national deficit, which according to the Congressional Budget Office is already on track to outpace U.S. GDP this year.

“And I think we need to have a full debate not only about if we do state and local, how will they spend it, but also we haven’t had much discussion about adding $2.7 trillion dollars to the national debt,” said the Kentucky lawmaker. “And the way that could, indeed, also threaten the future of the country.”