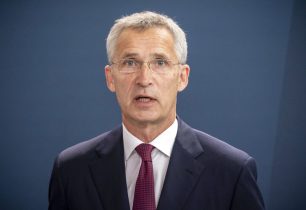 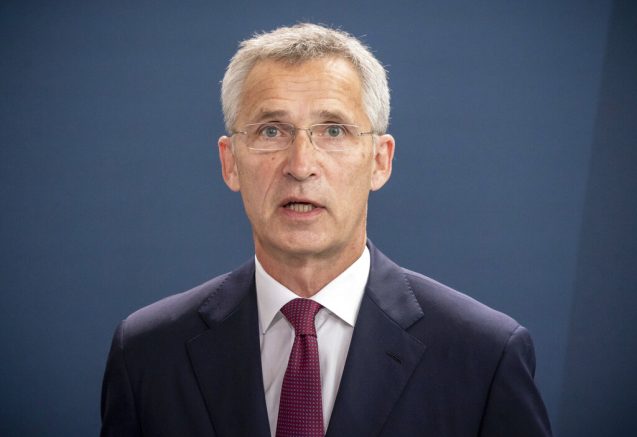 NATO Secretary General Jens Stoltenberg talks to the media after a meeting with German Chancellor Angela Merkel in the Chancellery in Berlin, Germany, Thursday, Aug. 27, 2020. (Michael Kappeler/Pool via AP)

NATO Secretary General Jens Stoltenberg has called for free and fair elections in Belarus after claims the recent election was rigged.

While speaking with European Union defense ministers in Berlin on Wednesday, Stoltenberg noted that NATO does not have excess military stationed in the region. He said this is one reason it would be unjustified if President Alexander Lukashenko tried to use the defense alliance to crack down on demonstrations in the country.

The NATO secretary general also said the organization is watching the situation in Belarus closely and urged Lukashenko to respect fundamental human rights.

“It is for the people of Belarus to determine their own future, all NATO allies support a sovereign and independent Belarus,” he stated. “The regime in Minsk must demonstrate full respect for fundamental rights, including freedom of speech and the right for a peaceful protest.”

Good to meet @EUCouncil Defence Ministers to boost cooperation & discuss common concerns, including #Belarus. There is no #NATO buildup in the region, so any attempt by the regime to use this as an excuse to crack down on peaceful protesters is absolutely wrong and unjustified. pic.twitter.com/XuCIHYnvhu

Protests have been in full force since the election earlier this month, which many have said was fraudulent. 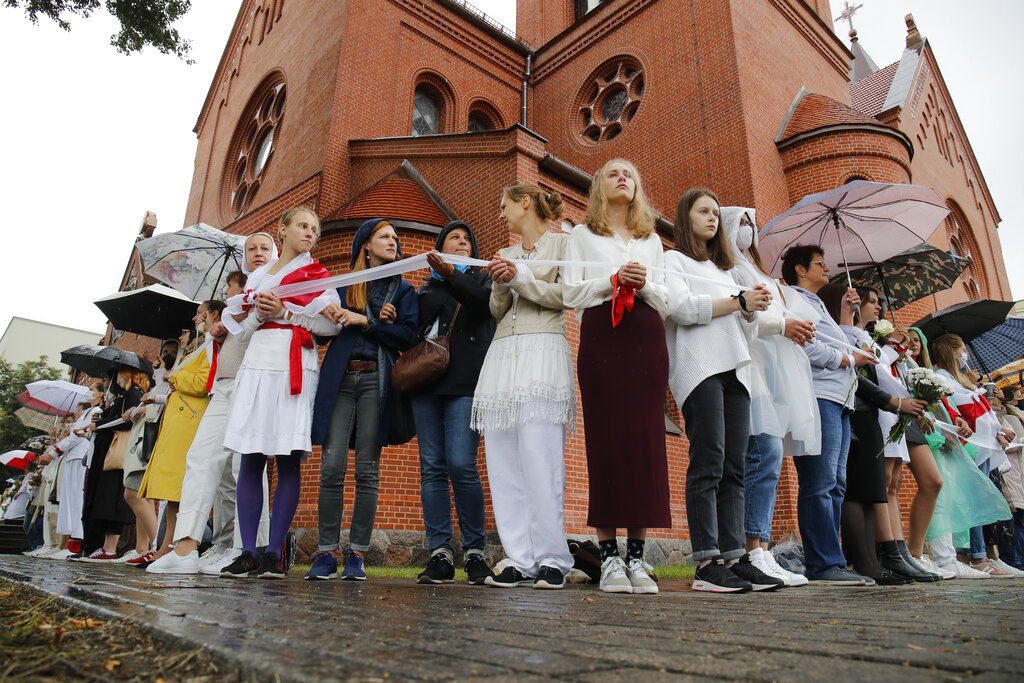 Protesters holding a wait ribbon, a symbol of protest, stand in front of the Church of Saints Simon and Helena during a rally in Minsk, Belarus, Thursday, Aug. 27, 2020. (AP Photo/Dmitri Lovetsky)