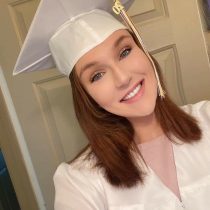 The search continues in Ohio for 18-year-old Madison Bell. Volunteers blanketed the area with flyers as police in Highland County maintain a desperate hunt for the missing teen.

“Bring her home to her family, this is not right,” said Melissa Bell, Madison’s mother. “She needs to be back home where she’s safe.”

Bell was last seen over the weekend as Ohio was beginning to relax lockdown measures across the state. With high school senior week just around the corner, the teen left home to visit the local tanning salon.

“She was like ‘Mom, I’m gonna go tanning,’” Melissa explained. “She left and I said ‘okay, be careful’, and she said ‘ill be right back.’”

Forty-five minutes later Bell still hadn’t returned. Text messages from her mom went unanswered. After over an hour, the teen’s mother and boyfriend began to worry. They continued to call and text her, but still never received a reply.

They then decided to hop in the car and go look for her themselves. Bell’s mother used the ‘Find my iPhone’ app, which showed it nearby the tanning salon. They eventually tracked it down and found it inside her car, which was left abandoned in the parking lot of a local church. The keys were still in the ignition.

18-year-old Madison "Maddy" Bell left her home in Greenfield, Ohio to go tanning @ the Country Corner Market today @ 10AM; she never showed up for her appointment & hasn't been heard from since. Madison's car was found abandoned in the Good Shepherd Church parking lot; her pic.twitter.com/TW8CUwIr6I

Since Sunday, more than 300 people have joined the massive effort to find Madison. Groups have spent a combined 4,000 hours searching for the teen.

“Anything out of the ordinary, any kind of broke twigs. I mean, it could have been just tractors, but we still stopped and looked just to make sure.” — Jade Bentley, search volunteer

According to reports, the church parking lot is being considered a crime scene. Police said they are looking for a white Nissan sedan with California plates.

Meanwhile, the teen’s mother said she’s thankful for the outpouring of support from their neighbors and friends.

“We’re a small town, but this what they do when something happens, she stated. “They all come together and I can’t thank them enough, it means the world to me.”