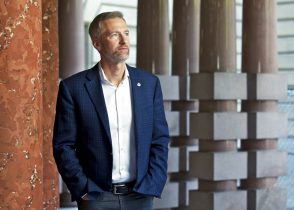 Protesters in Portland, Oregon tried to establish an autonomous zone of their own, but were quickly dismantled by police. According to reports Thursday, demonstrators blocked off a section of streets in front of Mayor Ted Wheeler’s apartment using dumpsters, pallets and boards.

Police declared the gathering a “civil disturbance” before sunrise. Authorities then took down tents and removed the blockade. This came after around 200 demonstrators rallied outside Wheeler’s apartment as he held a virtual city council meeting.

“…That requires me as the leader of the city to fundamentally rethink what safety means in this community,” he stated while addressing the protesters. “And now I’m going to say this, I not only support the reforms that we put on the table…I would argue this is the beginning…I actually believe we are biting off a lot right now.”