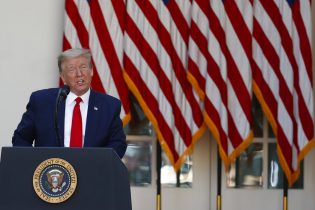 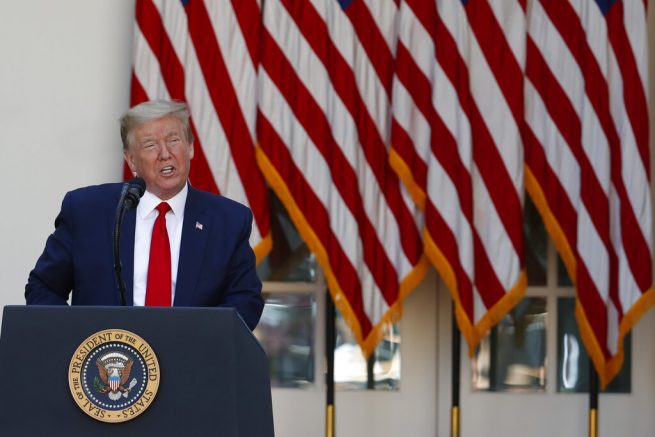 President Donald Trump speaks during a White House National Day of Prayer Service in the Rose Garden of the White House, Thursday, May 7, 2020, in Washington. (AP Photo/Alex Brandon)

President Trump has announced he supports liability protection for businesses that choose to reopen. On Thursday, the president voiced his support for providing litigation protection, in order to prevent lawsuits from piling up.

This came after House Speaker Nancy Pelosi (D-Calif) stated Democrats would not back these protections. She has emphasized she is focused on the workers, not businesses.

However, the president claimed these businesses will likely suffer from a flurry of legal action otherwise.

“I think you have to have something having to do with liability for COVID. You can’t have a restaurant a guy is going to open, it’s a nice business, but it’s not exactly the oil business in its prime. Somebody leaves and they say, ‘Oh, I’m going to sue them because they caught the plague.’ Now, whether he was guilty or not, the legal fees are going to drive him out of business. You can’t do that. So, I think you’re probably going to have to have something. Yeah, I would support that.” – Donald Trump, 45th President of the United States

Senate Majority Leader Mitch McConnell (R-Ky.) has demanded these protections be included in next stimulus bill or it would not pass the Senate.