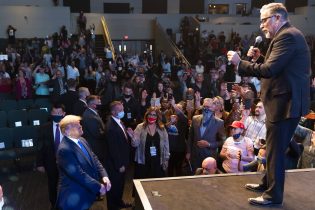 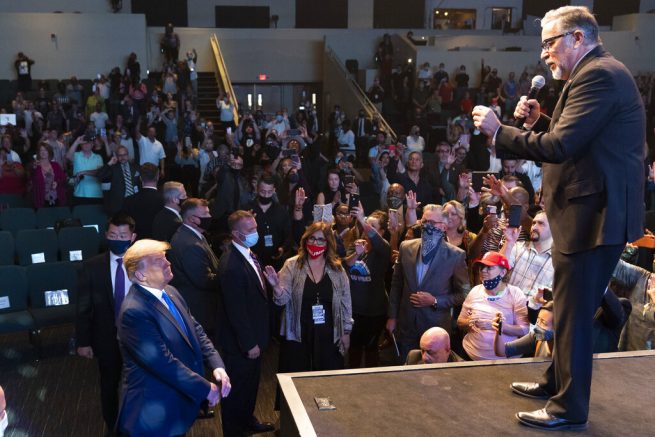 On Sunday, President Trump attended the International Church of Las Vegas during his campaign trip to the state, where he received a blessing from the clergy and made an offering during the service. The President had visited that same church in October 2016, shortly before winning the election.

“We bless this man, we bless his princess, the First Lady,” said Pastor Paul Marc Goulet. “We bless her, helping to hold onto his kids…we bless this whole family.”

Later, the President held a rally in Carson City, where he explained the Democrats would threaten religious freedoms if given more power and would use the pandemic to stifle religious expression.

Throughout his term, President Trump has been a fierce defender of religious rights, including supporting the Justice Department’s religious liberty task force and signing an executive order promoting free speech as well as religious liberty.

RELATED: Trump Supporters Cheer ‘Lock Him Up’ In Response To Biden Dealings