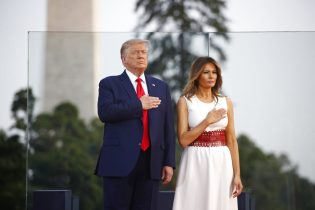 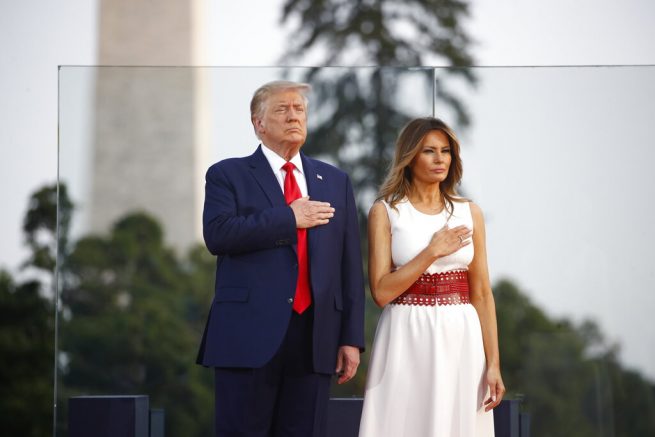 President Donald Trump and first lady Melania Trump place their hands on their chest during a “Salute to America” event on the South Lawn of the White House, Saturday, July 4, 2020, in Washington. (AP Photo/Patrick Semansky)

President Trump touted American achievements and a message of unity in his “Salute to America” address. On Saturday, the president celebrated the Fourth of July with flyovers and fireworks on the White House lawn.

On this wonderful day, we celebrate our history, our heroes, our heritage, our flag, and our FREEDOM. Happy Fourth of July to Everyone! #SaluteToAmerica pic.twitter.com/hdPIu30KK1 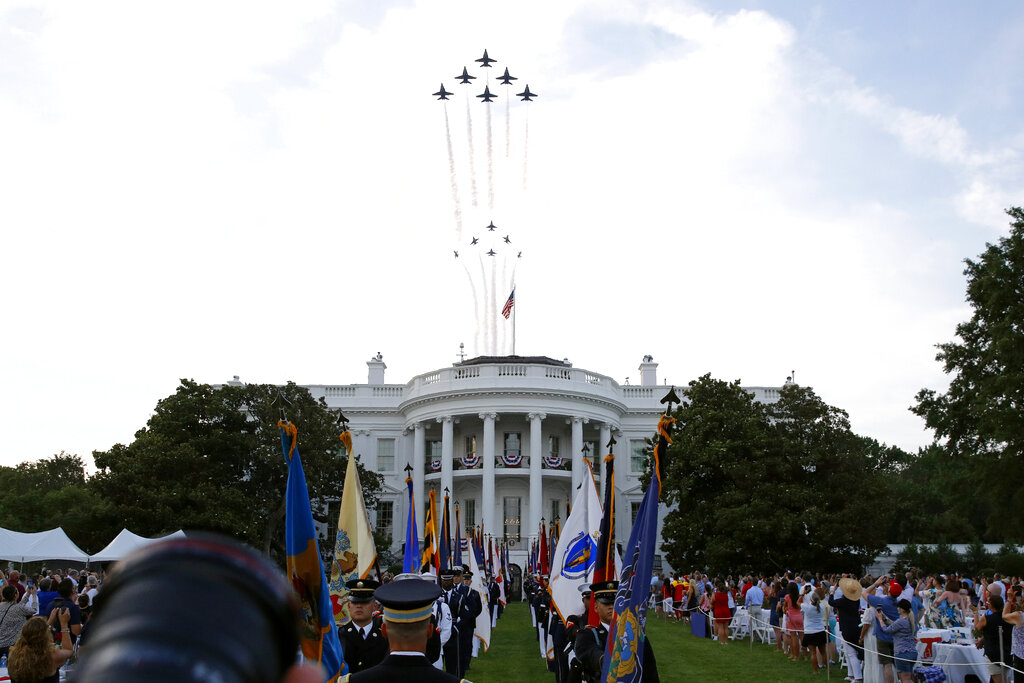 The U.S. Navy Blue Angels and the U.S. Air Force Thunderbirds perform a flyover during a “Salute to America” event on the South Lawn of the White House, Saturday, July 4, 2020, in Washington. (AP Photo/Patrick Semansky)

The president also signed an executive order to establish the “Garden of Heroes” national monument.

“That is why we pay tribute to generations of American heroes, whose names have been etched on our monuments, memorials, in the pages of history and in the hearts of a very grateful people,” he stated.

President Trump noted America is unleashing its scientific brilliance and announced a coronavirus vaccine is expected long before the end of the year. He also reiterated his vow to fulfill NASA’s “Moon-to-Mars” program and said U.S. will plant the American flag on Mars soon.

“America will be the first nation to land on Mars,” he added.