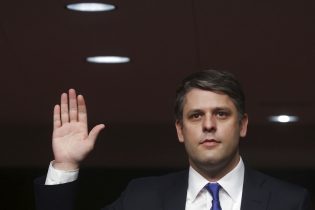 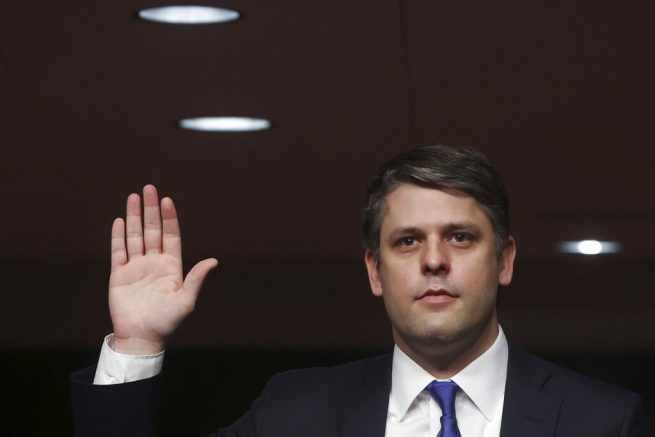 Judge Justin Walker is sworn in prior to testifying before a Senate Judiciary Committee hearing on Walker’s nomination to be a U.S. circuit judge for the District of Columbia Circuit on Capitol Hill in Washington, Wednesday, May 6, 2020. (Jonathan Ernst/Pool Photo via AP)

The Senate Judiciary Committee heard testimony from the nominee for one of the most powerful courts in the U.S. this week. On Wednesday, D.C. Appeals Court nominee Justin Walker faced tough questions from Senate Democrats, who have voiced concerns over his qualifications.

Democrats have opposed Walker’s position on the Affordable Care Act, as well as his defense of Justice Brett Kavanaugh. The 37-year-old federal judge was backed by Senate Majority Leader Mitch McConnell (R-Ky.) and has vowed to be an impartial judge.

However, Democrats accused McConnell of reconvening the Senate solely to confirm Walker. They argued pandemic issues should take priority.

“In his short time on the bench, Judge Walker has had virtually none of the experience one would expect of a district court judge before elevation to the circuit. He has not presided over any bench or jury trials. He has written opinions in only 12 total cases.” – Dianne Feinstein, U.S. Senator (D-Calif.)

Senate Republicans have argued that it’s the chamber’s responsibility to be in Washington to confirm nominees.