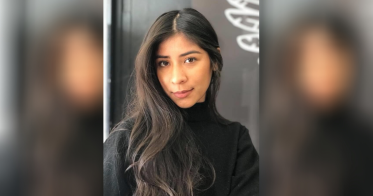 A student senator at a private university in Los Angeles is facing calls for her impeachment simply for her conservative values. Stephanie Martinez is a ‘Diversity and Inclusion senator’ for the student government at Lyola Marymount University. She was elected back in April after running uncontested.

However, there are now raising demands for her exit after a report by the student-run news outlet “The Agency.” It attempted to “expose” Martinez by pointing to tweets where she expresses support for ICE and for the president’s ‘Safe Third Country’ policy.

The story highlighting Martinez’s stance on immigration also triggered attacks on social media. It even inspired an online petition calling for her resignation. As of Wednesday, it had collected over 250 signatures.

Those behind the petition suggested her tweets were “anti-immigrant” and that she “used derogatory and dehumanizing language about immigrants.” That claim is taken from a tweet where Martinez uses the term “illegal aliens.” The petition suggested she should have used the word “undocumented” instead.

“Clearly, speech like that is protected by the First Amendment,” said David Schultz, a professor at Hamline University.
“Today it’s ‘illegal immigrant’ or ‘illegal alien’, tomorrow it is somebody takes offense at the word ‘Italian American’ or ‘Hmong American’, or fill in the blank — at what point does this become a problem?”

In an interview with Young America’s Foundation, Martinez suggested resigning wasn’t an option. She said, “to resign would only mean that I am giving up my identity and my ideals or that I don’t believe them enough to fight.”

NEW: Leftists at Loyola Marymount University are demanding a student senator's impeachment after discovering she is a conservative. https://t.co/yleZojFgOM

Martinez also called out “The Agency” for demoralizing those with opposing viewpoints and distorting “those viewpoints to their own convenience.”

“So many millennials do tend to lean liberal, so if you don’t agree with that viewpoint keep your mouth shut,” said Sophia Czerniecki, a student at Catholic University. “People are so concerned with making sure that their campus is very culturally diverse, but I think being intellectually diverse is something that they’ve kind of strayed away from.”

Martinez is confident she’s being targeted because of her support of President Trump on a liberal campus. Loyola Marymount has yet to comment on the issue.